The Engineering corps of the Nigerian Army have invented a rechargeable blasting device technology for enhanced operational capability in counter insurgency operation in the north-east.

The anti-Improvised Explosive Device (IED) is designed to clear un-exploded bombs and other explosives in the theater of combat. The Chief of Army Staff, Major-General T.Y Burutai and other top army officers were present at the unveiling.

Speaking shortly before the testing of the device, the Deputy Commandant of the National Defence College (NDC) and brain behind the innovation, Maj-Gen. Gabriel Ode, said the device was a product of research by the Nigerian Army Corps of Engineers.

Ode in his explanation to the COAS, Lt-Gen. Tukur Buratai and other participants at the conference who witnessed the testing, said  the device could be used for demolition of Improvised Explosive Devices (IEDs) and unexploded bombs.
READ ALSO: JUST IN: Gbajabiamila names DSS official that shot vendor Ifeanyi Okereke

According to him, the research on the production of this equipment lasted for four months while all materials used were sourced locally.

He said “The production of this device is based solely on researches conducted by Nigerian Army engineers and from scratch to finish the materials were sourced locally in Nigeria.“The average cost of producing one unit of the device is N140, 000 as against N700, 000 required to import same from abroad.”
“The importance of the device cannot be overemphasized because before now what was used in demolition of explosives were no longer useful and unserviceable.“We can use these ones in our operations in the northeast and the use of key switches makes it quite unique,’’ he added.

See pictures of the testing below 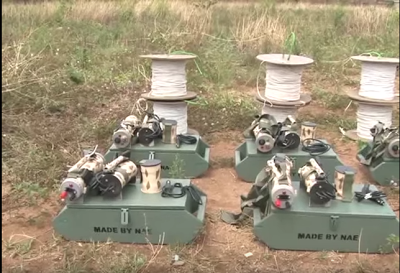 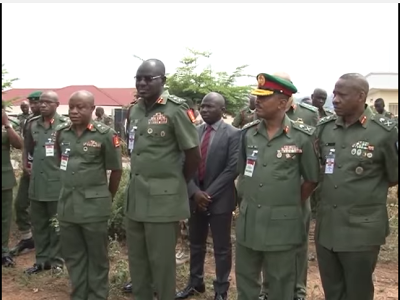 Re-Financing Our Future by Kemi Adeosun by Dele Awogbeoba

Tesla Recalls Over 9,500 Model X And Y Vehicles Due To Manufacturing Issues