Maima has always had her sugar daddy – Insider spills the beans

The drama involving trending rapper Ice Prince and his boo Maima, has taken a turn for the incredulous as one social media user who claims to be an insider has revealed that the married man, Akin has been a long time sugar daddy of Panshak’s love interest.

The insider says Akin bought Maima her first car, and put her on a scholarship. It was revealed that the man  has been her sugar daddy even before she met Ice Prince and had allegedly been doling out huge sums of money to Maima and her family.

Akin is reportedly married with children. 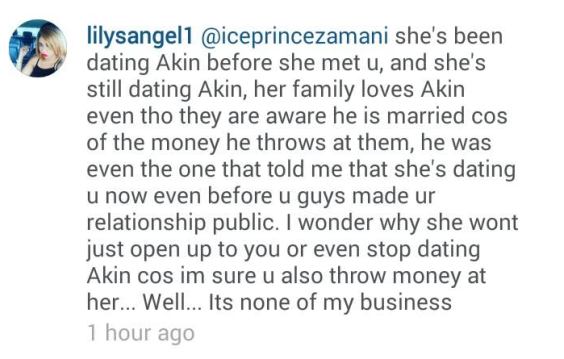 And some more comments from a resident Twitter aproko: 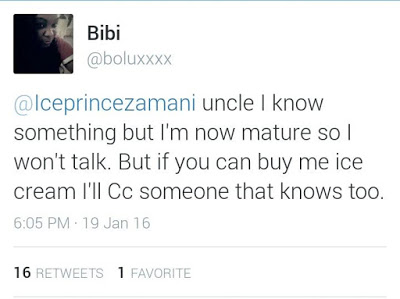 Olubadan Of Ibadan Is Dead

Akuapem Poloo Detained In Nsawam Prison Despite Being Granted Bail