Time and time again, President Buhari has proved that he is no respecter of the law with the continued illegal detention of anyone who criticizes his administration. 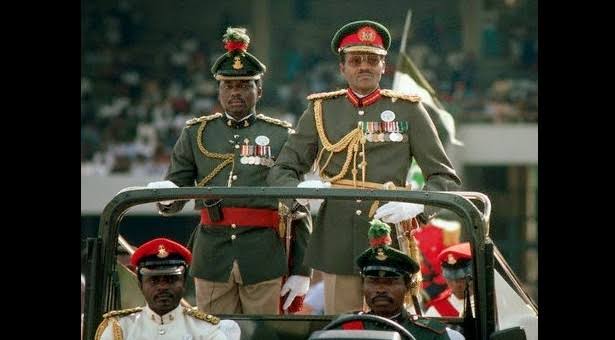 The likes of Omoyele Sowore,  El-Zakzaky,  Agba Jalingo have spent months in detention, despite court orders authorising their release.

The last straw that broke the camel’s back was the violent re-arrest of Sowore in the courtroom barely 24 hours after he was released on bail. The lawless operatives of DSS chased Justice Ojukwu out of the court using loaded guns, knives and other weapons. What lawlessness!

A total disregard for the law. Other Governors have begun to imbibe this habit of lawlessness as Akwa-Ibom Governor Udom Emmanuel recently detained a banker, Michael Itok for publishing annoying Facebook articles against him.

The Punch newspaper has taken the bull by the horn and has called out the President in an editorial titled: Buhari’s lawlessness: Our stand.

Excerpts  of the editorial reads:

“As a symbolic demonstration of our protest against autocracy and military-style repression, PUNCH (all our print newspapers, The PUNCH, Saturday PUNCH, Sunday PUNCH, PUNCH Sports Extra, and digital platforms, most especially Punchng.com) will henceforth prefix Buhari’s name with his rank as a military dictator in the 80s, Major General, and refer to his administration as a regime, until they purge themselves of their insufferable contempt for the rule of law.”

The entire country and a global audience are rightly scandalised by the unfolding saga over Omoyele Sowore and the unruliness of the SSS and the government; but it is only a pattern, a reflection of the serial disregard of the Buhari regime for human rights and its battering of other arms of government and our democratic institutions. PUNCH views this tendency and its recent escalation with serious concern, knowing as the great thinker, Edmund Burke, said that “the only thing necessary for the triumph of evil is for good men to do nothing.”