The man in the viral video in which he was engaged in oral sex with a six-year-old girl has finally been arrested by authorities along with his fiancee.

The man, Germaine Moore, 44, of Millbrook, Alabama turned himself in for arrest.

“We’re definitely glad he’s in custody,” Lt. Brooke Walker, the commander of the Alabama Internet Crimes Against Children Task Force told AL.com Tuesday. “I”ve been doing this for 12 years, and he’s the top.”

At this time reports indicate that Moore is being charged with sexual assault of a child, distribution of video depicting the assault and first-degree criminal sexual conduct. More charges are also expected to be filed against Moore.

His fiancee, Tonya Hardy, was also arrested for aiding and abetting as she failed to cooperate with investigators following a search of Moore’s Millbrook home.

Lt. Walker said of her complicity; “After multiple attempts to locate Moore, Moore’s wife, Tonya Hardy Moore, arrived at the residence and chose not be cooperative in the search for Moore,”

“Basically she chose him over her children,”

This is not the child predator’s first brush with the law either, According to Montgomery Advertise, Moore is also accused of abusing three children in Alabama and Detroit. 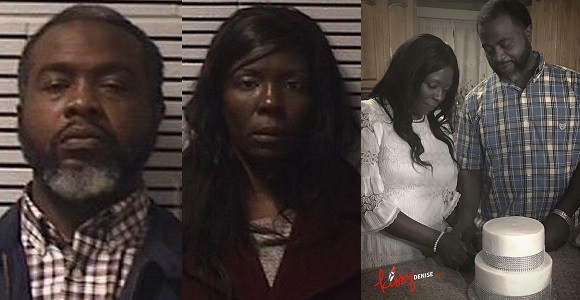