A Zimbabwean man, Chakawa Jotham has allegedly committed suicide after he discovered that his two wives have been having extramarital affairs with some other men.

According to reports, Jotham had married the ladies despite knowing that they were sisters. And whenever he found out about their affairs, they would cover for one another.

Jotham had tried to take his own life twice in the past but was not successful. But the last time, he is said to have hung himself down a tree with a rope. 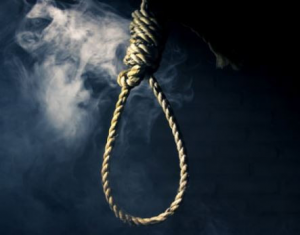 The two ladies have since been identified as Letwin Gwena (27) and Sekai Gwena (19).

Reacting to the incident, a Zimbabwean police spokesperson, Chief Inspector Charity Mazula, stated that the body of the 40-year-old man had been discovered but no postmortem procedures have been carried out on it.

One Dead, 3 Injured as 2 Vehicles Collide in Ikoyi – LASEMA

Boko Haram Terrorists, Others Surrender to Troops in Borno