A Nigerian who experienced car burglary,  with the name Chris Tucker on twitter, has announced a N250,000 reward for anyone who can help him recover his bag that got stolen in Lagos.

According to Kris @sleekender, burglars broke into his car on friday night and the thieves carted away his bag that had $2000 (N721,000) as well as his laptop and international passport.

He shared photos and wrote on Twitter. See below: 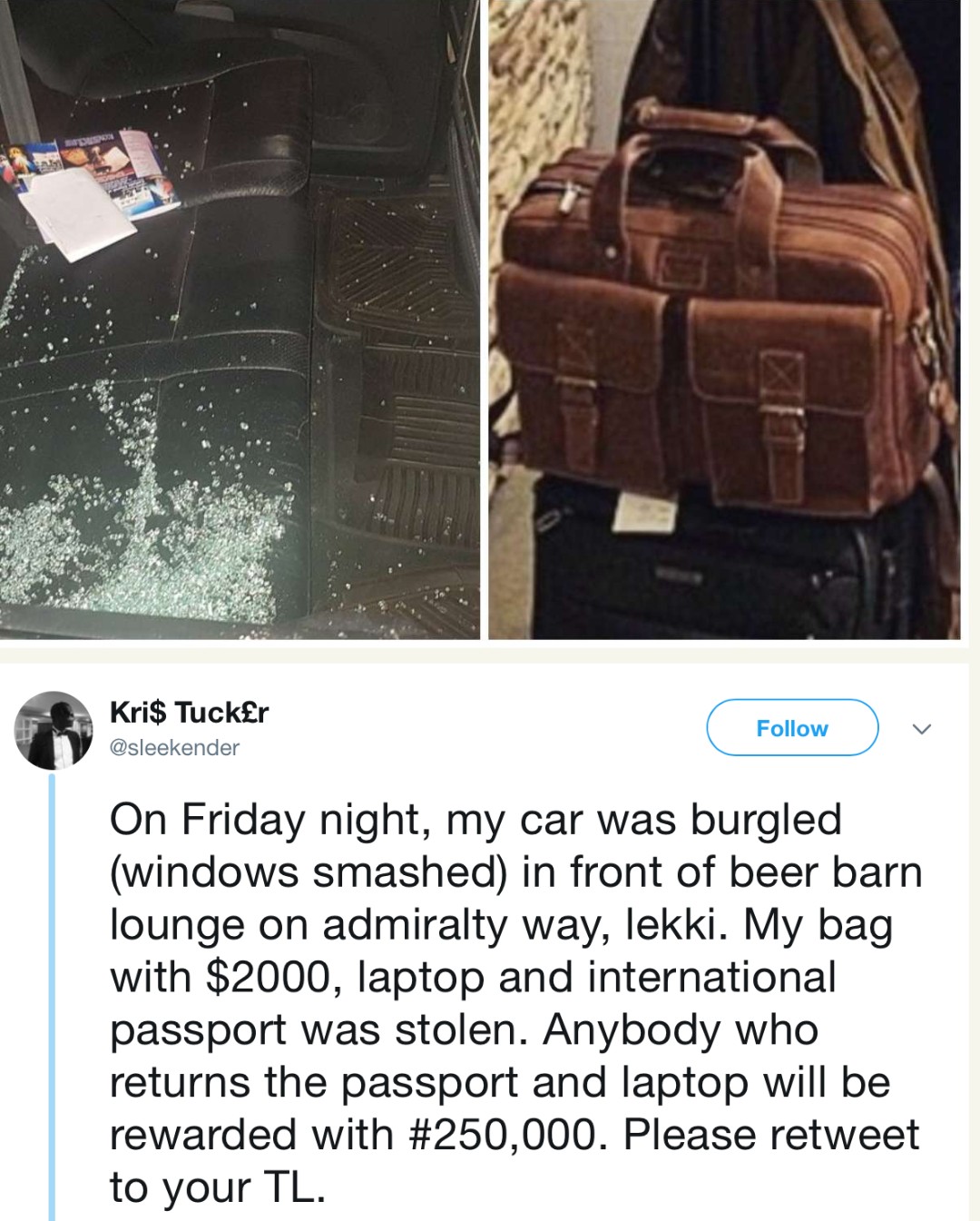 On Friday night, my car was burgled (windows smashed) in front of beer barn lounge on admiralty way, lekki. My bag with $2000, laptop and international passport was stolen. Anybody who returns the passport and laptop will be rewarded with #250,000. Please retweet to your TL.