Man shares shocking screenshot of Wife’s chat with her Lover

Joro Olumofin a relationship expert shared screenshots allegedly sent by one of his readers who claimed his wife was cheating on him.

The man in an email had narrated that his wife had an affair with a man who made her to deny him sex in order to be pleasurable to him.

The reader also revealed that the woman’s lover constantly abused her physically and emotionally whenever she failed to meet up with his demands.

Here are the screenshots of the message: 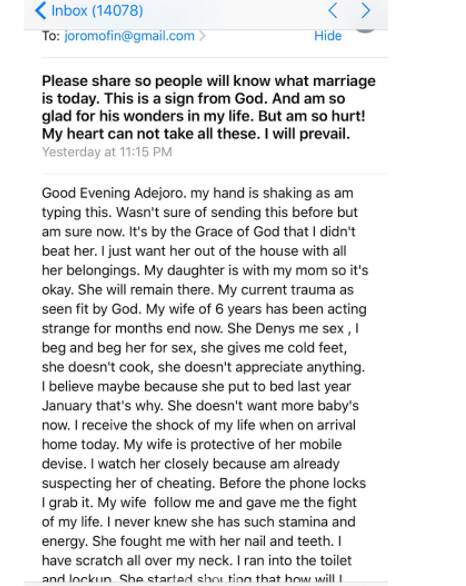 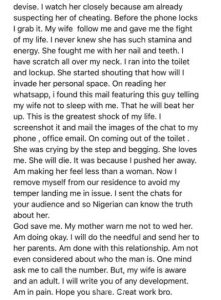 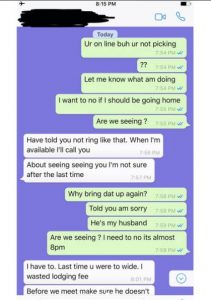 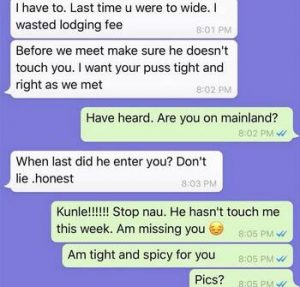 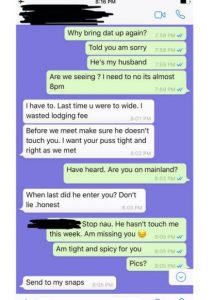 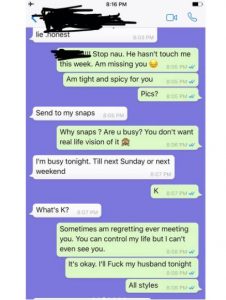 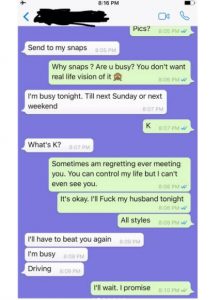 Young Prince Ezelekhae unveiled as the next Oba of Benin