A Lusaka man, Nshinka Kaputo, 34, has been detained by the police for shooting his babymama, Precious Manganisa, and his little daughter in Zamibia.

According to reports the accused shot his girlfriend three (3) times last night when he went to pick up their daughter.

He also shot the little shot in the neck during the course of his actions.

The accused has been detained by the police while other investigations are being carried out.

Precious was reported to have posted a hurtful message on Facebook the previous day, saying that moody people are retarded.

She further referred to moody people as Psychopaths.

Her corpse is currently lying in the UTH mortuary. 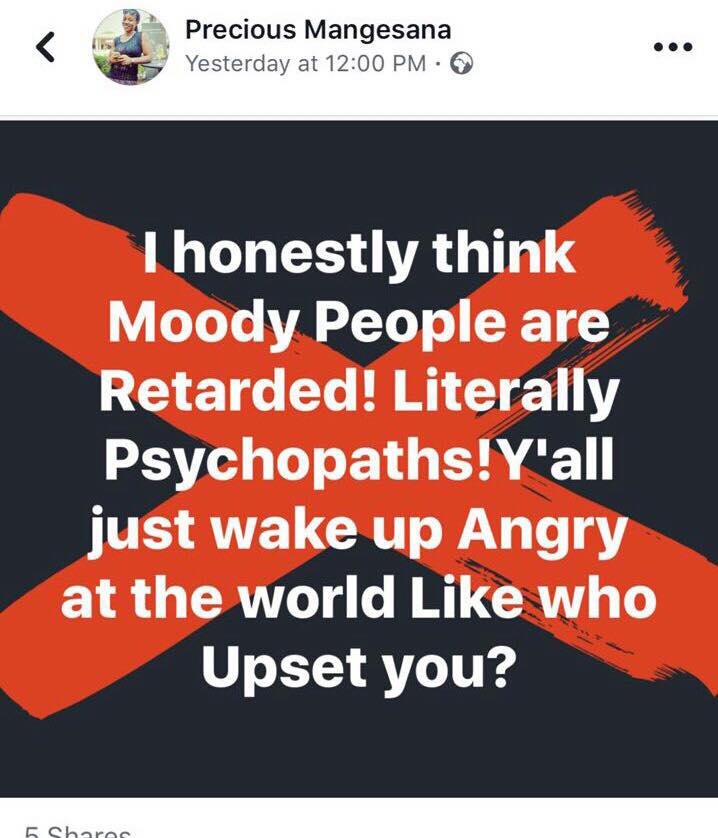 Baru must apologize to Dr. Kachikwu or we resume pipeline vandalism- Militants