Jesse Lingard’s career has accelerated in the last 18 months and the Manchester United midfielder showcased his wealth on Wednesday evening.

The 24-year-old was pictured outside his new customised £200,000 Bentley Continental GT as he went shopping in the city.

Accompanied with a Selfridges bag, United’s No 14 was seen getting into his extravagant motor with two acquaintances.

Accompanied with a Selfridges bag, United’s No 14 was seen getting into his extravagant motor with two acquaintances.

It is the second time this week that Lingard has been seen in a lavish vehicle.

The England midfielder was spotted on Monday morning getting into his Range Rover Sport SVR after enjoying breakfast out.

The car’s basic model sells for a minimum of £97,000, but Lingard’s matte-black version looked anything but bottom of the range.

The winger also has an £80,000 Mercedes C63S – with all aforementioned cars coming with a custom finish.

Lingard, who came on as a substitute during England’s 1-0 friendly defeat in Germany on March 22, is back focusing on club commitments with United hosting West Brom in the Premier League on Saturday afternoon.

The academy graduate has been in gear all season for the Red Devils, netting five times in 27 appearances – including a stunner in their 3-1 win at Middlesbrough before the international break. 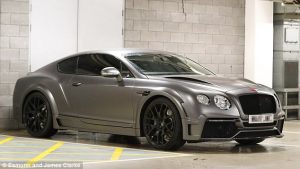 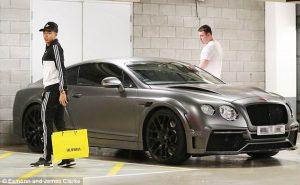 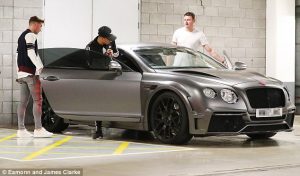 Man escapes death after getting electrocuted by charging iPhone while sleeping

Nigerians say Adeboye ‘out of touch’ over Social Media Comments