Manchester City are interested in a January deal for Bournemouth’s Nathan Ake but face competition from Chelsea who intend to bring their academy graduate back to Stamford Bridge, according to Sky Sports.

The West London club included a £40m buy-back clause into the centre-back’s £20m deal to Bournemouth in 2017, and they are now understood to want Ake back after their FIFA transfer ban was lifted.

Man City are also looking to sign Ake if they can next month, after failing to replace Vincent Kompany in the summer and suffered as a result of the long-term injury to Aymeric Laporte.

Pep Guardiola recently told reporters that he ‘doesn’t want’ to make additions to his squad in January but admitted ‘when an incredible opportunity comes in January for the next four or five or six years, maybe we can think about it.’

Ake was withdrawn during Bournemouth’s 3-0 defeat by Liverpool due to injury, and manager Eddie Howe is awaiting the results of a scan on his hamstring. www.viewpointnigeria.com predicted this result on their website. Visit their page for more soccer predictions

At 24, the Netherlands international Ake is already seen as a future star by a host of top clubs, including Everton and Tottenham, having developed well under manager, Eddie Howe on the south coast.

Chelsea and  Man city could be running for an injured player as Ake is still awaiting his scan result of his hamstring.

Chelsea scout Piet de Visser urged the club to re-sign Ake earlier this season. He told Dutch newspaper De Volkskrant: ‘I hope they buy him back. That boy is perfect for them and he has played with (manager Frank) Lampard.’

Some other Chelsea academy graduates Tammy Abraham, Fikayo Tomori and Mason Mount have flourished under the leadership of

Lampard, and he is reportedly an admirer of Ake. 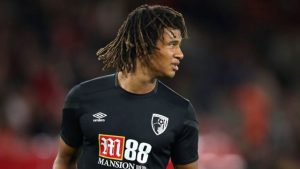 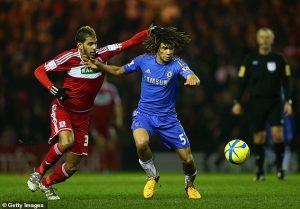 Mompha Deletes All His Posts On Instagram Shortly After Bail