International footballer, Mario Balotelli has taken shots at mother of two and reality TV star, Kim Kardashian after the actress showed off her butt during her girls vacation in Mexico with her sisters.

Recall that the mother of two had splashed on the internet unedited photos of herself in bikini which sparked reactions from her fans.

Most of the actress and model’s fans called her out on what was described as excessive cellulite and butt implants.

See some of the photos she shared online below: 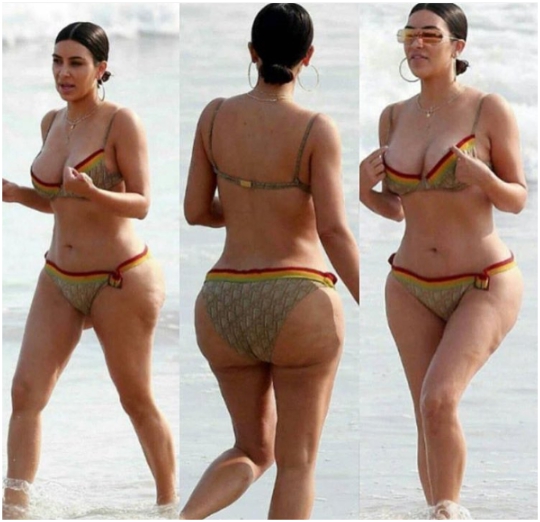 In reaction to the photos which went viral on social media, the Italian footballer took to his social media page to call Kim Kardashian out.

Before Another Yar’Adua Happens