I still recall the day clearly as though it was yesterday: I had just come out of Christmas service and I had switched on my phone. As the messages and notifications flooded in, I started seeing updates of a bomb blast at a Catholic church at a little-known town of Madalla in Niger State. Still reeling of shock and disbelief, all I could exclaim was “Jesus!”

That was how one event, the act of men of no conscience and with only evil intentions dampened the excitement of millions of Nigerians in the biggest holiday worldwide. Emotions were inflamed naturally, as Christians were enraged that their biggest festive event was now filled with blood and tears. Nigerians of all hues and colorations came together to condemn the act of deranged criminals who wrongly believed they were doing the work of God.

Sadly, that was not the last of bombings Nigerians would witness. The year 2012 has been laden with many bombings and attacks; it has been a sorrow-filled year. As at the last count, there have been 10 church bombings and attacks this year. The resultant effect of this is that Nigerians have become wary of crowded places with some going to the extent of not attending church.

Tomorrow marks one year since the Madalla Christmas bombing. The victims have long been buried and suspects caught with the intrigues of the case still on-going.

It also marks another Christmas day and millions of Nigerians would troop out to celebrate a very important holiday. Sadly, they shall do so with a harbinger of fear dangling over their heads. The palpable mood is one suggesting a low-key celebration, most especially in parts of the North.

It is my greatest hope and prayer that tomorrow shall be one where there shall be only celebration, and no tears of sorrow. I believe I speak the mind of every Nigerian that our country shall not be in the news for the wrong reasons, and all the plans of evil-doers shall be thwarted.

There shall not be another Madalla.

May this Christmas usher in a season of peace for Nigerians. 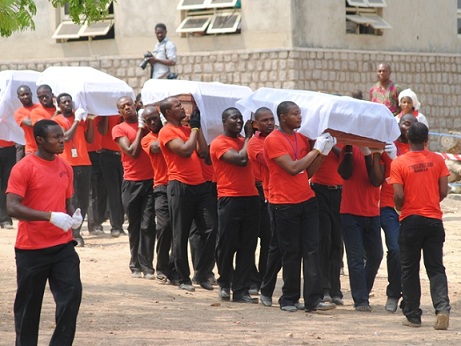 I Have Nothing Against Osaze – Keshi

‘I Still Believe In Buhari’ – By Femi Adesina