Marriage Should Have An Expiry, Renewable Clause – Toke Makinwa

Nigerian radio personality, Toke Makinwa, has expressed her opinion on marriage that it should have an expiry date which is subject to renewal.

According to the media personality, when the couple marries for let’s say 10 years, they can renew or separate if they wish.

Toke said she wished marriage and relationships is like that of animals who mate for a few days and go apart to other partners of their choice.

“I think marriage should have an expiry and subject to renewal clause after a certain number of years, like the way we renew agreements, people should be allowed to look back on time out in, grade themselves and hit the renewal button if they can still stand each other”

“Imagine a world where we could all just switch partners after a number of years the way animals do (after a day or two), with no wahala, no stress, everybody good, do you think it’ll be better? Less hassle, less drama just a good time” 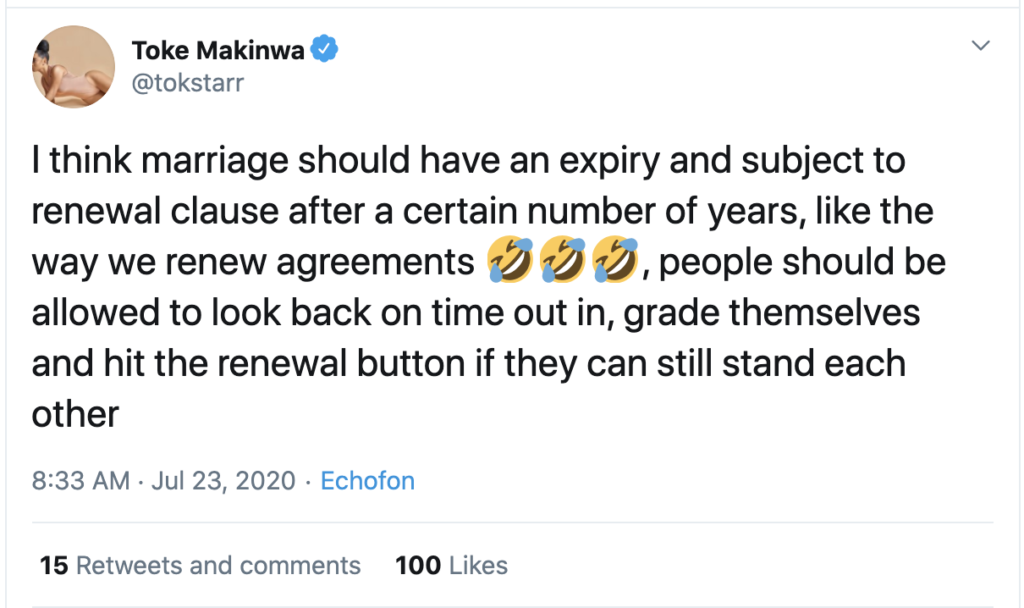 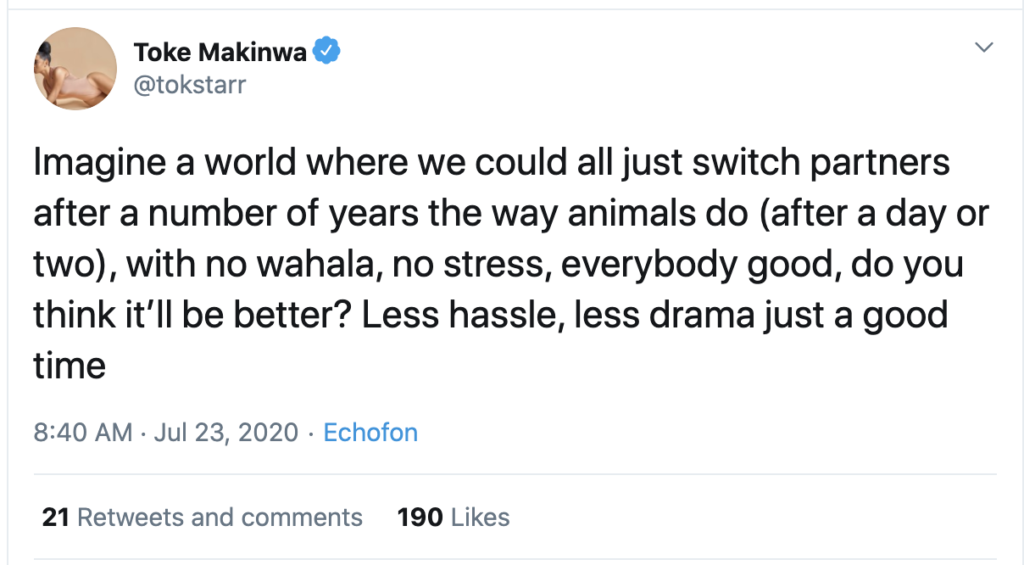