Mavin Record Chief Executive Officer, Don Jazzy, has chimed in on the new recent outburst of his star signee, Rema on social media.

Rema on Monday did a “Kanye West” on twitter where he went on a barrage of tweets via his account as he made a series of allegations.

In one of his tweets that turned Nigeria’s social media space on its head, The Iron Man singer, called out the Peoples Democratic Party, PDP, alleging that they had a hand in the death of his father, Justice Ikubor.

He claimed PDP was responsible for the death of his father – a high-ranking member of the PDP in Edo State and former General Manager of the state-owned Ethiope Publishing Company before his death.

Following the development, twitter users who were concerned about Rema’s tweets reached out to Don Jazzy and asked him to do something about the revelations Rema was making on Twitter.

Don Jazzy however caught wind of the tweet and had a few words of his own. In a tweet via his Twitter account on Tuesday, the Executive Producer said he didn’t think it was wise to shut Rema down.

According to him, the singer is only saying his truth.

“Why should I stop him from tweeting?

“He is passing a message. Read on,” he said. 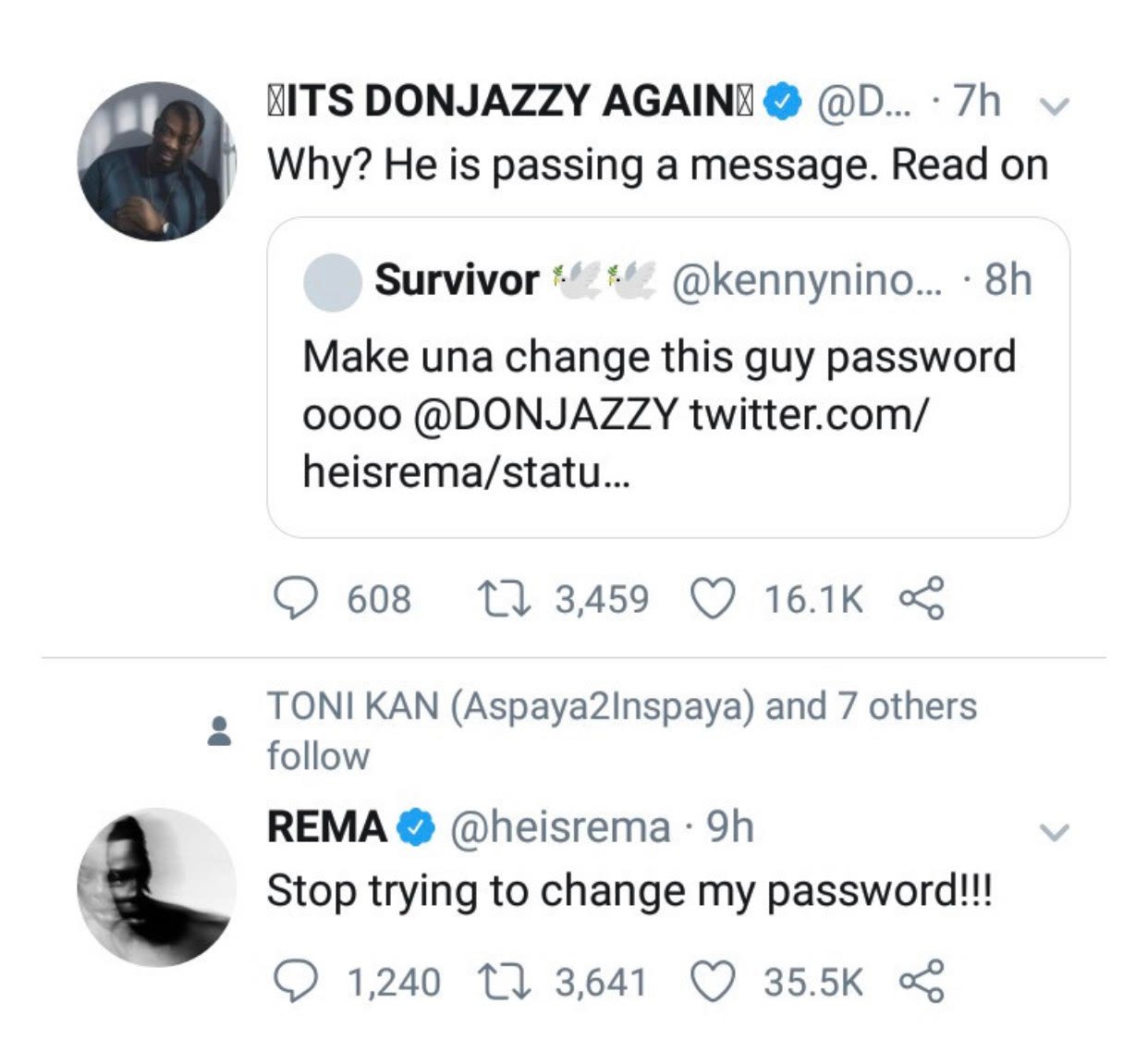