According to Shade Ladipo, Dj Cuppy deserves all her flowers because of her good character and values which will take one much further than talent. Rating DJ Cuppy’s character, Shade rated it “120/100.”

However despite showering her with praises, the media personality rated her music poorly. According to Ladipo, she rated Cuppy’s music “0/100”. 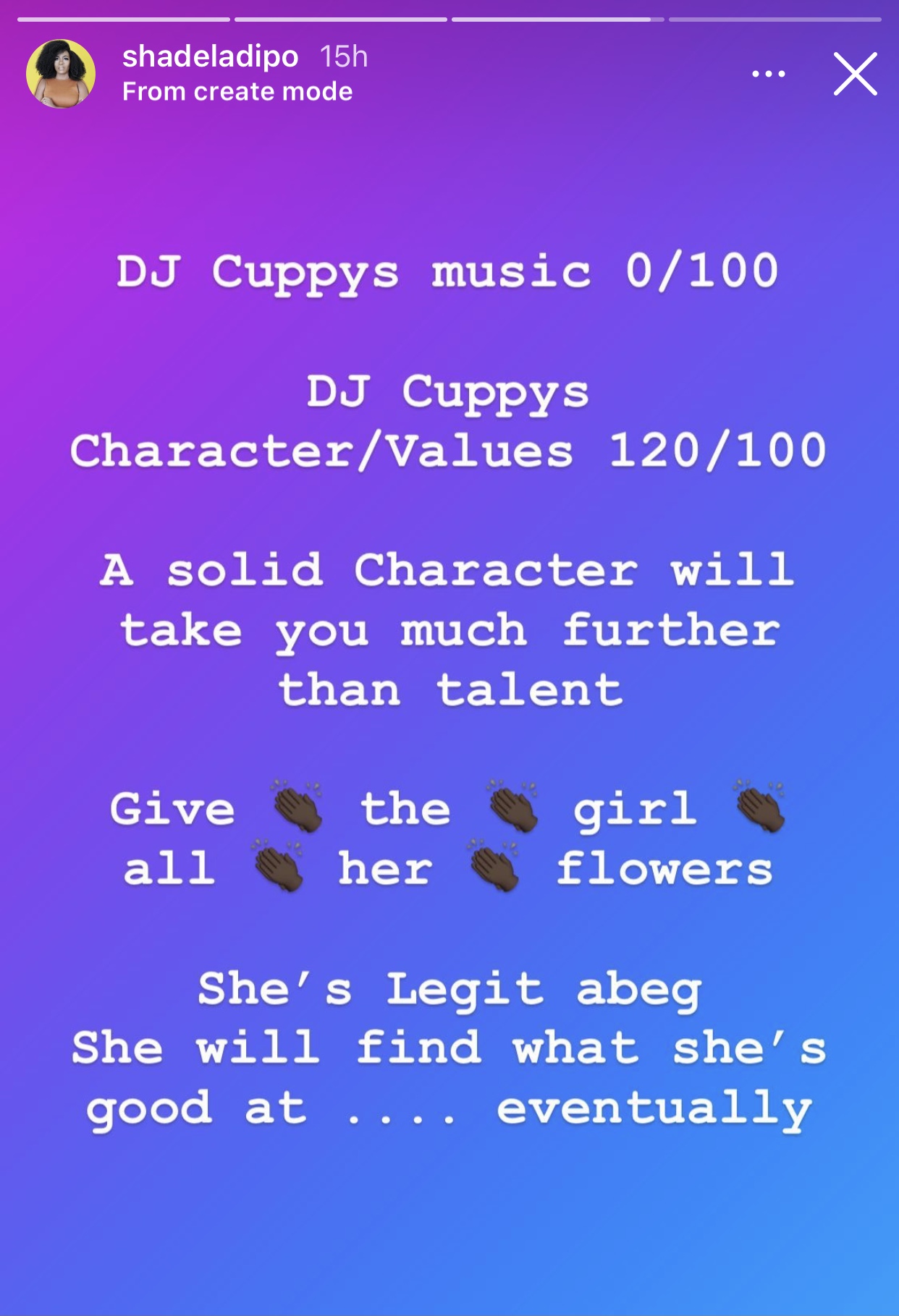