American artiste, Chris Brown whose career has been plagued with several controversies has revealed why men and women cheat.

The American artiste and father of one who was recently involved in a standoff with the police for allegedly threatening a model in his house with a gun, noted that men and women cheat for different reasons.

Chris Brown, who had previously served time for assaulting former girlfriend and American singer, Rihanna, noted that men cheat for sex while women on the contrary cheat for love.

He took to his Instagram page to share his position on the issue with the photo below: 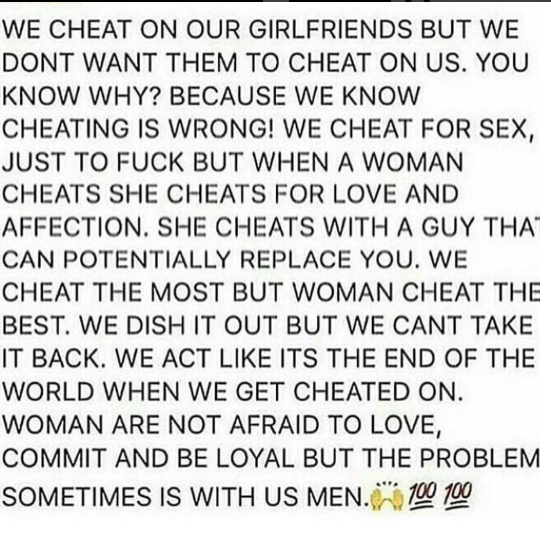