Mercy Aigbe, 40-year-old Nollywood actress and film director  who is best known for starring in Yoruba Language movies, is looking very pretty in this white lace gown of hers. 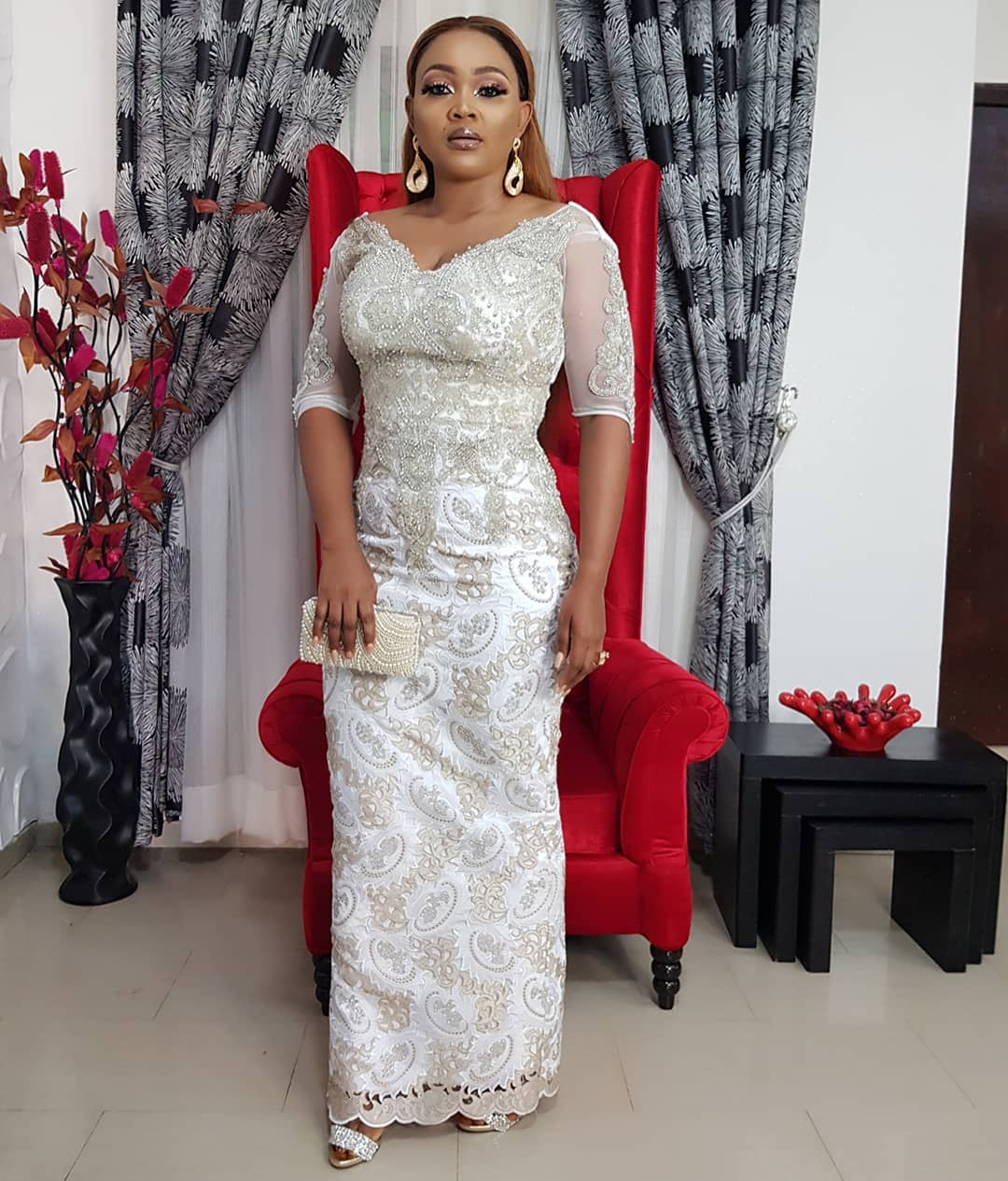 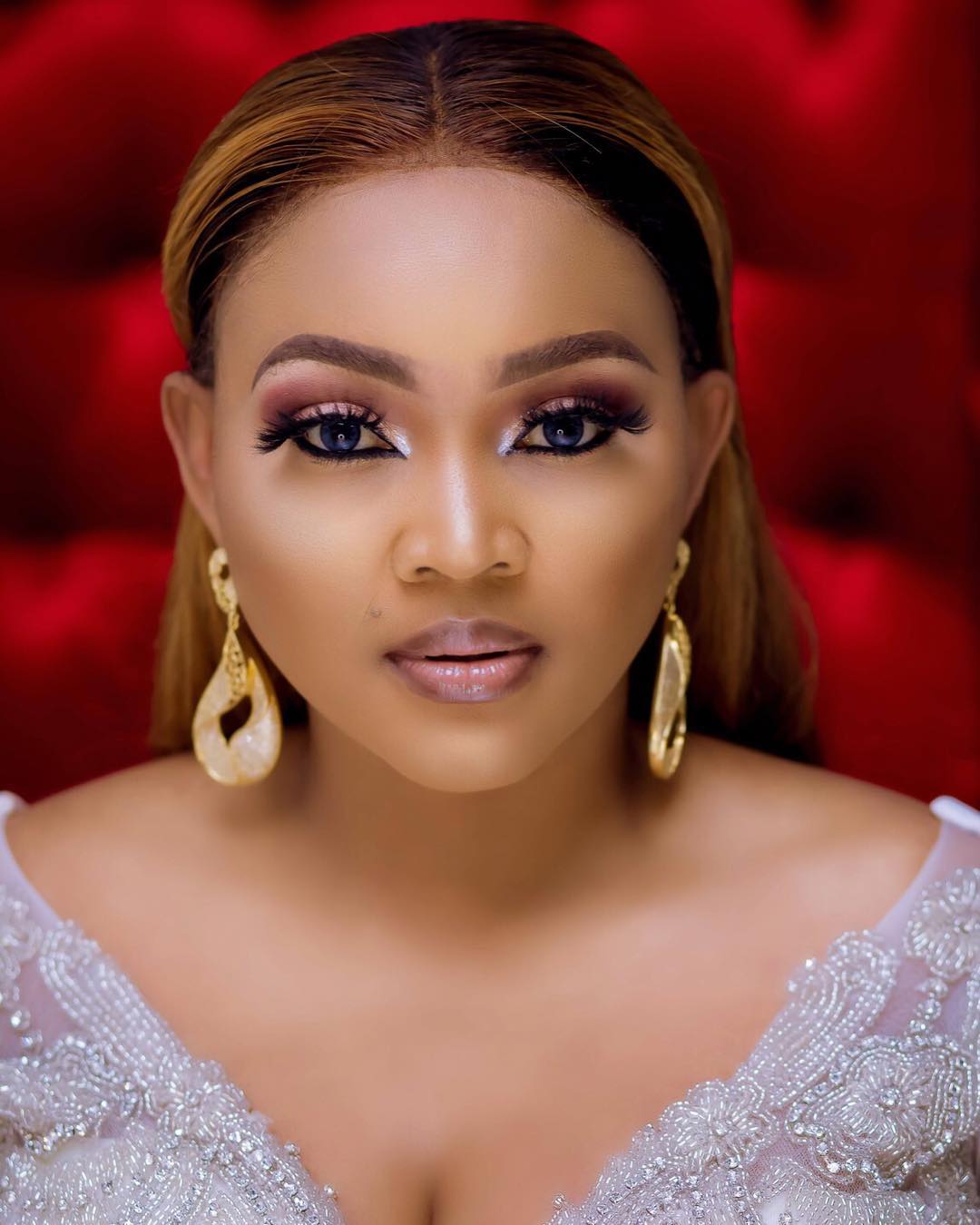 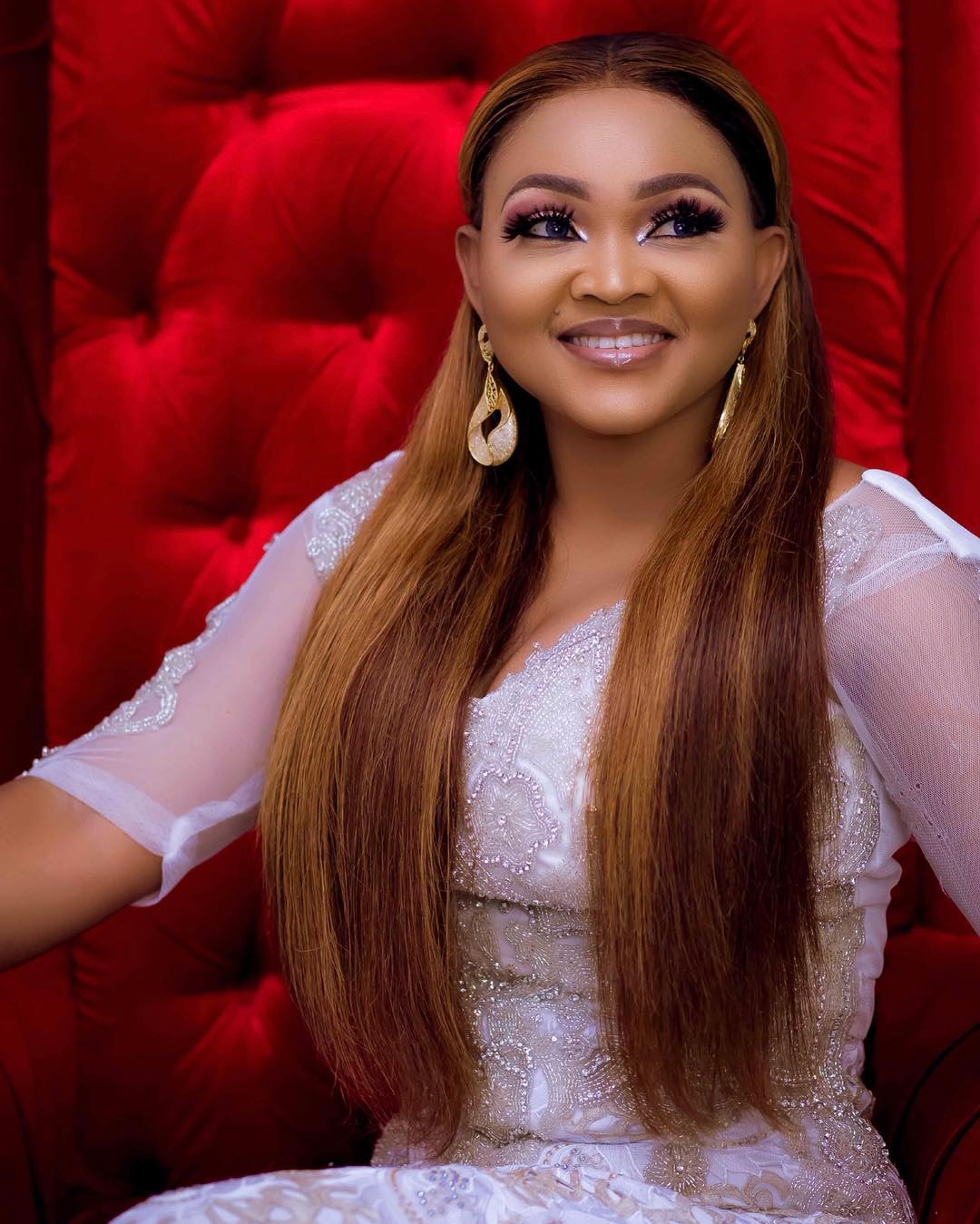 In 2014, she launched her clothing store named Mag Divas Boutique which earned her the ″Fashion Entrepreneur of The Year″, and she also won the “City People Entertainment Yoruba Movie Personality of the Year Award” in 2015