Big brother reality star, Mercy Eke has responded to trolls who dragged her for snubbing Nengi on her 23rd birthday.

Her birthday was graced by several celebrities, popular among them was famous Nigerian cross dresser, Bobrisky who made money rain at the party.

Read also: “My ride or die from day one” – Bolanle Ninalowo shares adorable photo with wife

Mercy Eke’s absence and refusal to send a birthday shout-out to the Queen of Ninjas has once again proven that her breakup with reality star, Ike, over alleged reasons bothering on his affiliation with Nengi could be true.

According to her, she is that Queen they wish their fave would be in millions of years to come. She also asked them to let her be as she has moved on and literary forgotten they exist. 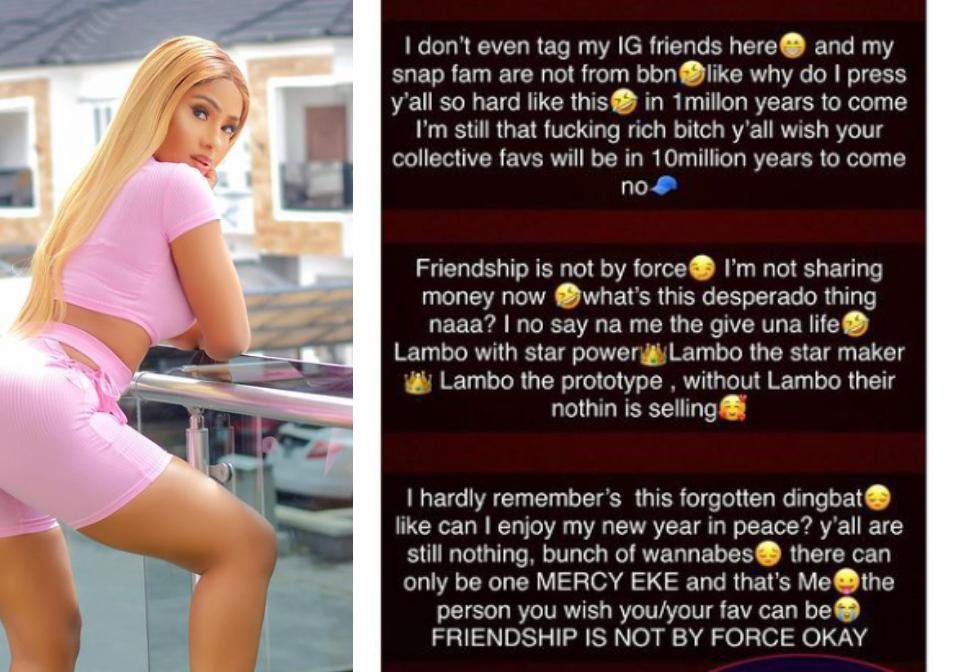 18 Suspects Arrested Over Riot in Zamfara