The United Kingdom’s Metro Police has reportedly launched an investigation into the activities of Khafi Kareem, one of the Big Brother Naija housemates who was an officer before joining the show.

New reports revealed that Khafi who indeed applied to be granted permission to travel for the program, had her request turned down. Still, she defied the warnings of her superiors to be part of the housemates.
According to the Metropolitan Police spokesperson, “A PC, attached to the Met’s transformation command, requested permission to take part in a reality television entertainment show in Nigeria. Permission was not given.

“The Met is aware the officer has since appeared on the show without authority.

“The Directorate of Professional Standards has been informed and will be carrying out an investigation into the circumstances.

“The Met does not support the officer’s appearance nor does she represent the Met whilst appearing on the show.” 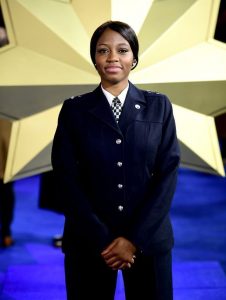 The officer further iterated that anyone found guilty exhibiting unprofessional behavior may be sanctioned for misconduct.

Meanwhile, Metro Police is said to have become interested in Khafi’s case after several reports of her consistent sexual activities with Gedoni in the house – an act that has left her colleagues somewhat disappointed.

Speaking with The SUN, some of her colleagues stated, “She’s a serving British police officer – it’s outrageous. She asked permission to go on the show but, when her request was refused, she went anyway.

“There should be no way back for her from this and her superiors will have to act.

“She fitted the mold perfectly for how the modern force wants to ­portray itself but seems to have got a bit too big for her boots.

“It’s hard to see how can she argue that she hasn’t brought the force into disrepute.”

#EndSARS: Freedom Park’s 10th Anniversary Postponed In Honor of Those Who Died During…

No Need For Panic Buying of Petrol, Says NNPC