Some angry residents descended on a young man yesterday, June 6, 2019, after he was caught hiding in a ceiling of an apartment, waiting to ambush the occupant.

The incident which occurred around the Ikorodu area of Lagos State is reported to have led to the severe battering of the suspect, leaving his face and body disfigured.

Reports stated that the young burglar had broken into the premises when no one was around and had strategically hidden within inside the roofing.

However, his plans failed and he was beaten to a pulp instead.

The suspect is said to have kept a hammer with which he intended to use in carrying out his attack.

He was later taken away by officers of the Lagos State Police Command.

See some photos from the scene below. 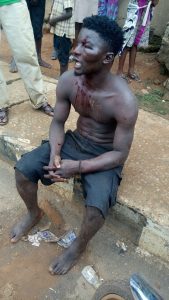 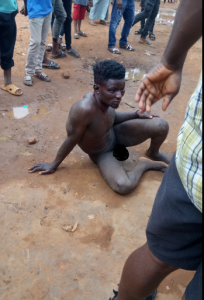 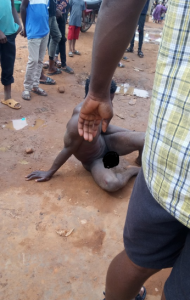