Jose Mourinho has just been hired for his first job after being sacked by Manchester United. He is now a pundit with BeIN Sports.

A broadcaster with the sports channel stated that the Portuguese will be analyzing the game between Chelsea and Arsenal on 19th of January. Mourihno is also slated for the Asian Cup match between Qatar and Saudi Arabia on January 17th.

The former Real Madrid coach was sacked in December by Manchester United’s board as a result of the team’s poor performance this season. Although he was able to win a total of three trophies in the two-and-half years he spent as a manager in the club. 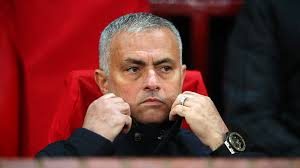 While making the announcement, the broadcaster said, “Jose is one of the greatest football managers of all time, and we hope that his expert analysis and charismatic personality will be enjoyed by our millions of viewers,” a beIN spokesman said in a statement.

It was rumoured that Mourinho would be going back to manage the Portuguese side, Benfica. The club recently sacked its coach and Mourinho, who has once managed the club, looked like the perfect man to take over.

However, Mourinho was quick to deny that such plans exist. While speaking the Correio da Manha newspaper, he said, “I don’t have any intention of coming back to work in Portugal. I’m fine at the moment.”

Why Dino Melaye Was Moved From Hospital- Police