Mourinho Takes Another Dig At Southgate Over England Selection

The Spurs manager has had his run-ins with the England manager this season, with Mourinho frequently faulting Southgate’s usage of Harry Kane in particular.

Kane started in the front lines in two of England’s three matches during the international break, missing the friendly against Ireland before featuring in Nations League clashes with Belgium and Iceland. 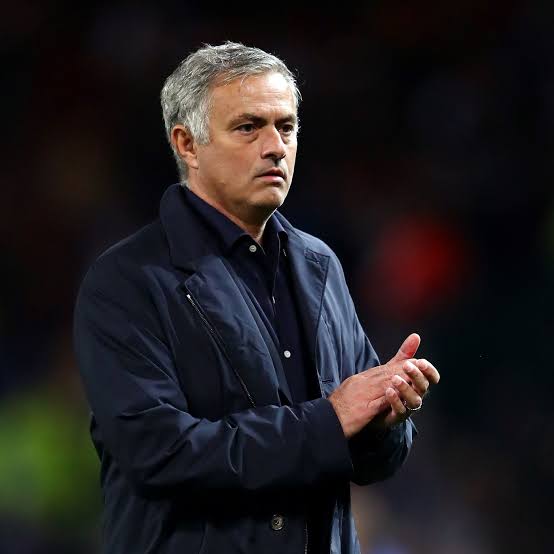 Spurs starters like Kane, Harry Winks and Eric Dier all played in the dead-rubber clash with Iceland, with the latter forced to pull out of October’s England squad with a hamstring issue that subsequently ruled him out for Spurs.

On the other hand, Sterling, was allowed to return to his club early, with the Manchester City star joining Jordan Henderson in being exempt from the Iceland game due to injury.

The winger went missing in action in the game against Belgium before returning to Manchester, having injured his calf in training last week.

Southgate stated this week that his squad was “under huge pressure from their clubs” to withdraw from national team matches due to the risk of injury, adding that he believes club managers would do the same as he is doing if they were in his position.

And Mourinho has called on Southgate to specify which managers he has been discussing his squad with, hinting that Sterling and Manchester City are getting preferential treatment.

“Gareth Southgate, I read, I don’t think I’m wrong in what I read, he supposedly told that some football club managers, they put pressure not to play for the national team and because of that he feels sometimes the need to call club managers to try to cool down the emotions and try to control the difficult situation for him,” Mourinho said.

“Apart from that, he has the right, he has the power to call the players he wants. He wants to win matches, especially after a defeat, the next match even being a dead rubber is an important match. I sympathise with that.

“These are the little details I think Gareth should explain to us all. Apart from that, I totally support him in the fact that in the national team, in a country like England, the Three Lions on the shirt is always to be respected and he plays with the players he wants to play.

“I’m OK with that [Kane starting against Iceland]. A national team match should never be a dead rubber like you call it. The only problem for me is should be the same for everybody, not just for some.”