Mr Biggs: The Rise and Fall of Popular Nigerian Eatery

Mr. Biggs is one of Nigeria’s pioneer fast food joints known for its sumptuous and mouthwatering pastries, food and ice-cream.

Mr. Biggs has an outlet in every city in the country. Their popularity and patronage grew so much it became a household name.

An outing to Mr. Biggs was the prize for doing well in school, excelling at international exams or the reward for getting chores done in the 1990s and early 2000s.

Their Supa Strikaz magazine was another reason kids loved going there. To get a stubborn child to obey instructions, all you had to do was promise an outing to Mr. Biggs.

However, about 20 years down the line and the eatery has become relegated if not forgotten. Some would say Mr. Biggs has become a shadow of its usual brand.

Online users have taken to various social media platforms to express their thoughts on the rise and fall of Mr. Biggs.

“I remember back when there was still Mr Biggs in my area, i always believed they had the best meat pie n that every other fast food meat pie was just trash”😂

“Since y’all are talking about Mr Biggs, I remember during one of my school’s graduation party, we went to Mr Biggs, and my teacher told me I wasn’t going to get any rice because I did not pay Party fee. I criiiieeeeedddd. 😂😂😂”

” I remembered when Mr biggs Was reigning, any small fight with your girlfriend that time must be settled at Mr biggs”

“That year Mr Biggs was a reward for becoming First in Class or doing well in School. Having a taste of their Meat Pie or Doughnuts was enough Motivation to do well in School. How TF they collapsed should be thought in Economics” 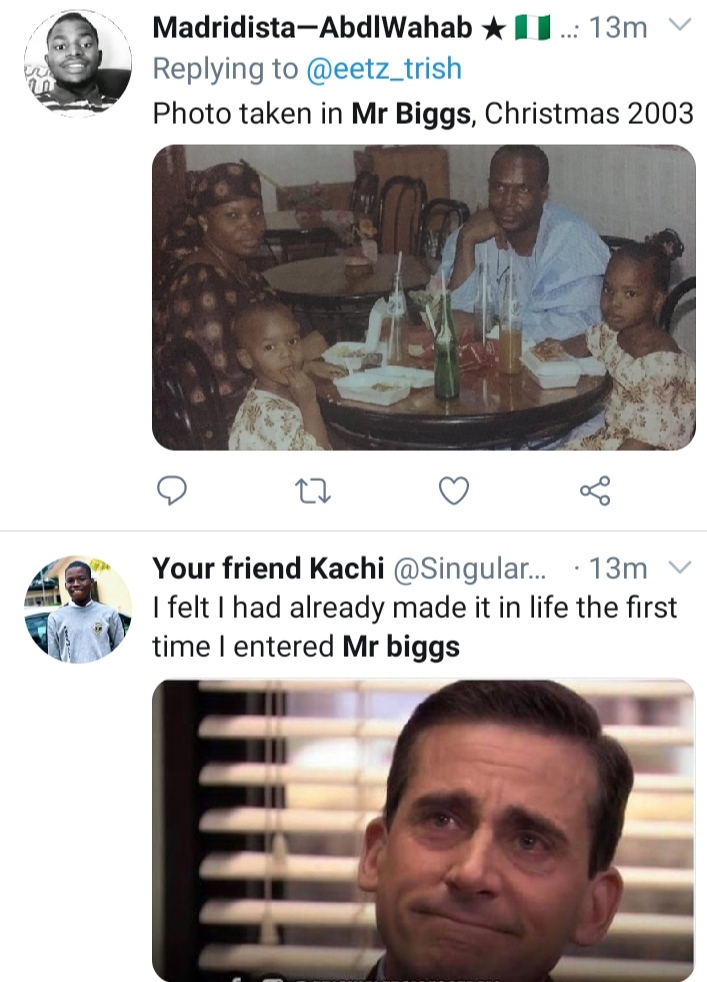 “The refusal to innovate & probably belief that we have big pockets, stakeholders etc makes change a very difficult thing for most organizations really.”

“Their Scotch Eggs and Tasty Fiesta were a slice of heaven. Was still driving to search for the remaining outlets in PH to buy them up till a year ago.”

“I still get meat pie from them. I believe their greatest problem is lack of innovation/adoption of technology. Somehow they managed to stay stuck in the 90’s. I have hope for the new branch opened close to VGC(at least that one has an Instagram page)” 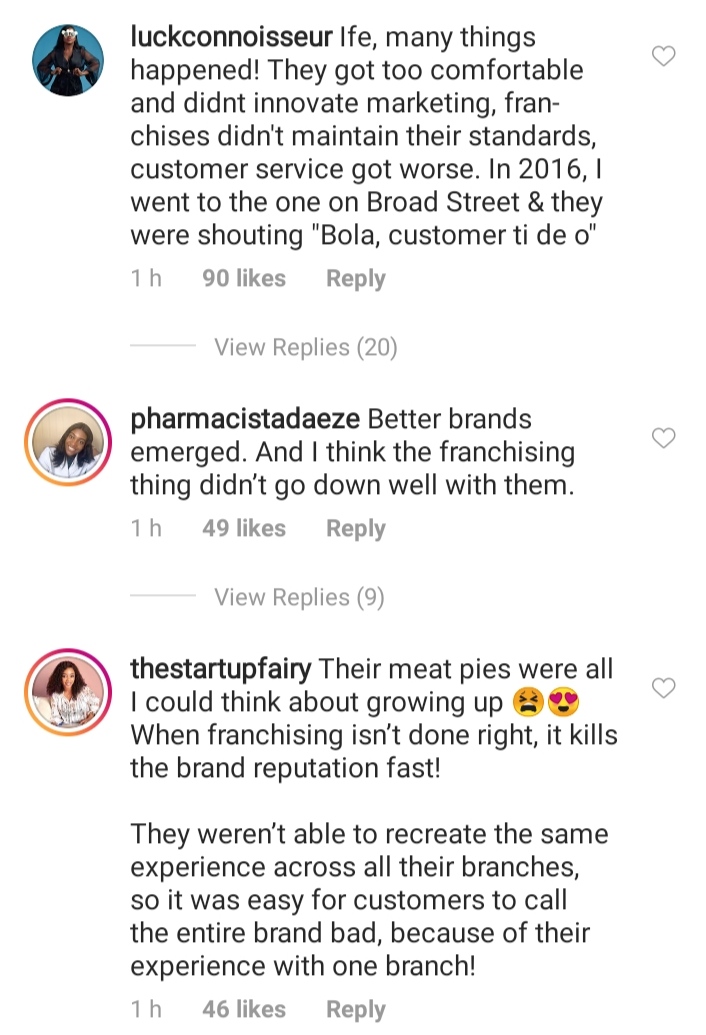 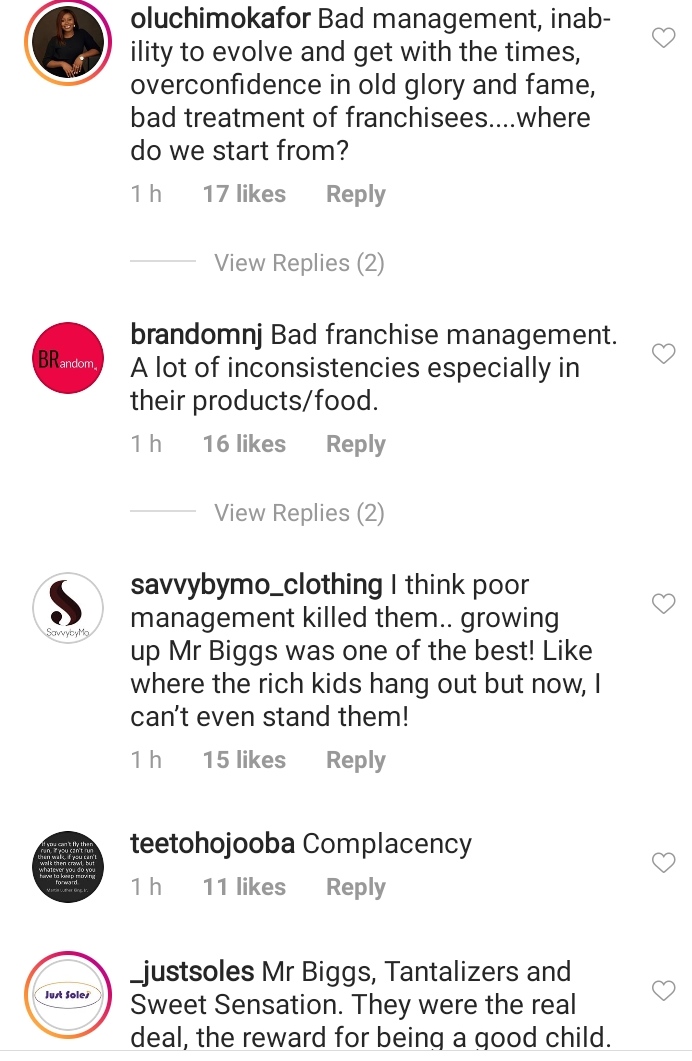 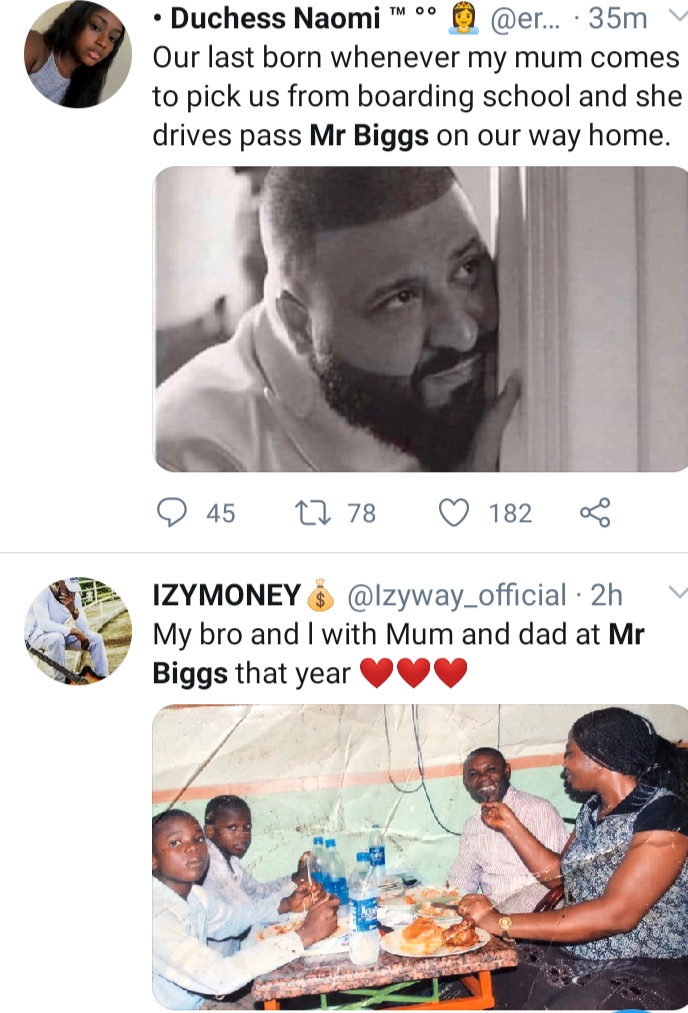