Mr Pascal Meyer the principal of a French school in Lagos was attacked with acid in 2010 viciously scarring his face. The attack was masterminded by Slimane Salhi, 41, a French teacher. He was later charged with the attack.

Forgiveness is a virtue that is hard to find in the common man, but on the occasions when it is demonstrated, it makes for a powerful tale.

It was gathered that the perpetrator was aggrieved because Mr Pascal Meyer had decided to not renew his contract at the end of the current one due to Salhi’s irregular conduct.

Salhi (41), who lived on the school premises along with his colleagues and boss, had resorted to some unprofessional behaviour in a bid to make extra money. He sold food to students in the canteen, he changed money for colleagues, he sold trivial items like a kiosk minder, he also acted as a moneylender.

As if that wasn’t enough, he drove around Lagos with unauthorised diplomatic plates attached to his car.
These actions were terribly distressing for his boss, the principal who took some of his privileges away especially the diplomatic plates. 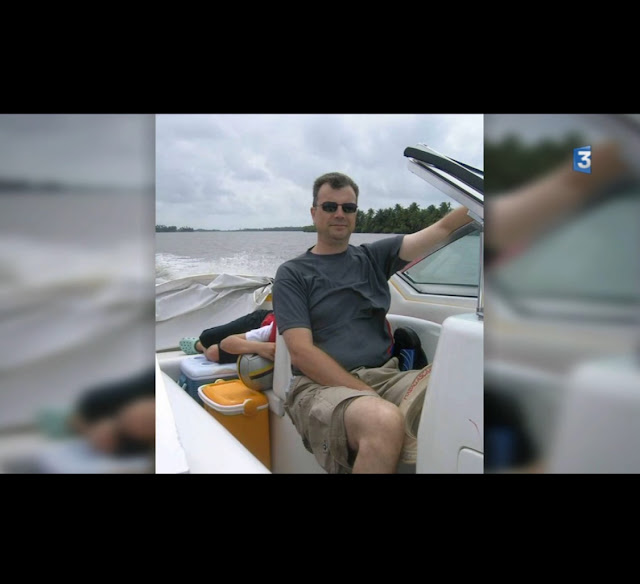 In retaliation, Salhi first poured acid on the tyres of Mr Meyer’s car. Then escalating events, he had Mr Meyer assaulted with acid which was thrown across his face. Sources say that it happened on the 19th of November 2010 around 4:45 pm when an unidentified man encountered the principal inside the school premises. On the pretext that he wanted some information from Mr Pascal Meyer, he was able to move close to the Principal and then pour acid on his face.
The results were immediate; Half of his face got burned including his left eye and ear. Two minutes after the attack, the teacher left the school and returned ten minutes later. The principal was rushed to the hospital and later flown to France.
Salhi denied he’d attacked Mr Pascal Meyer or had anyone do it on his behalf. When confronted about the acid poured on Mr Meyer’s tyres, he claimed that it was a practical joke.
Salhi was convicted in France in 2013 and sentenced to 10 years in prison. It was proven through telephone recordings that the Nigerian police had been bought with money and therefore didn’t convict him in Nigeria. Salhi again appealed on 26 February 2016 and was sentenced again to ten years.

Five years on, France TV Info journalists visited the father of four in Germany where he is now a principal at a French school Lycée français Victor-Hugo (LFVH), in Frankfurt.
Although Mr Pascal Meyer was asked to retire, he refused dedicated instead to moulding young minds and not letting the tragedies of his past hold him back. He has so far undergone twenty-one surgeries and still has to take daily medication and treatment. He no longer drives in the city or at night. His wife Sylvie is there to support him. He still has good memories of the short period he lived in Lagos and shared a picture which he took with the French school securities. He is willing to forgive and let the past be the past and move on with his life doing what he loves best…
Giving brighter futures.

Buhari Launches YES, His Own Version Of YouWin