Avengers: Endgame has been awarded the Best Movie in the just concluded MTV Movie and TV Awards after its record-breaking success since it was released.

The movie sits at the second position for top grossing movies of all time, and has been hailed by many for its motion graphics quality, action scenes, and directing.

“Captain America” star actress, Brie, Larsen, was also awarded the Best Fight Award for her heroics in the sci-fi movie which also had so many positive reviews.

While giving her appreciation speech, Larsen was quick to pay tribute to her trainers who guided her through all the stunts she pulled in the movie. 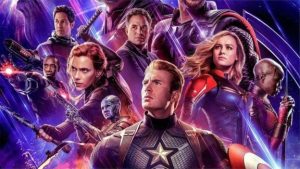 Meanwhile, Game of Thrones was only able to covet one award – Best Show, at the ceremony, losing three other categories it was nominated in.

BEST PERFORMANCE IN A MOVIE: Lady Gaga — “A Star Is Born”

BEST PERFORMANCE IN A SHOW: Elisabeth Moss — “The Handmaid’s Tale”

BEST KISS: Noah Centineo & Lana Condor — “To All the Boys I’ve Loved Before”

BREAKTHROUGH PERFORMANCE: Noah Centineo — “To All the Boys I’ve Loved Before”

MOST MEME-ABLE MOMENT: Colton Underwood jumps the fence – “The Bachelor”

Roads Advertisement: A neglected Site of Disturbance – By Auwal Ahmed