Latest video evidence have revealed that a recently murdered African American male, Ahmaud Arbery was a victim of Police assault back in 2017.

According to a report by Complex magazine, new footage obtained through a public records request show a police officer attempt to taser Ahmaud Arbery back in 2017 as he rapped in his car. 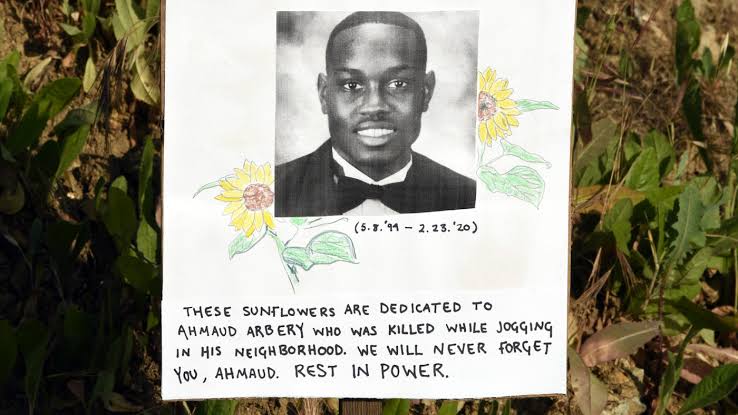 Arbery was chased and killed by two white men in March while jogging through a residential neighborhood in Georgia.

The footage shows that Arbery was questioned by police officers as he sat in his car rapping to instrumentals at Townsend park.

He was questioned by officer Michael Kanago who took his ID and searched the young man for weapons.

After finding no weapons, Arbery demanded to know why he was being detained by the officer who told him that the area was notorious for drug related activities.

As the exchange went on, another officer David Haney arrived, screamed at the victim and tasered him. The taser gun however malfunctioned and refused to work at the time.

“I’m trying to ease my mind. I’m rapping. I rap, bro… I get one day off a week. I’m tryna chill on my day off, bruh. I’m up early in the morning trying to chill,” the victim was heard saying as police officers screamed at him.

Haney said at the time that he didn’t realise Arbery had already been searched for weapons. He was however not arrested or cited for any offence.

One of the white men charged with the murder of Ahmaud Arbery, Gregory McMichael worked as a police officer in the same country as the two cops who assaulted the young man in 2017.

Gregory and Travis McMichael both father and son are being charged for the murder of the young African American.