“Music has never really been my passion”- Alariwo of Africa

A one time Nigerian Music sensation, Alarariwo of Africa, whose real name is Rotimi Martins, has announced that he has taken a break from music because he needs to pay attention to other projects.

Fans recently asked why he has been silent, especially since his style of music would fit into the current political activities in the country. While responding to the questions through a telephone conversation he had with a Punch correspondent, Alariwo said,  “I will go back to music only if God tells me. I am taking my time to decide when to go back to music. I want to wait for the right time to do so. Directives come from the inner mind. When my inner mind directs me to return to the studio, I won’t hesitate to do so.” 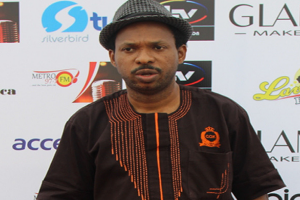 The interviewer further asked if his reason for stepping away from music is due to financial constraints. Alariwo quickly responded, “This is not about survival or getting more money. It is about doing what gives you deep satisfaction. The kind of music that I play is no longer as financially rewarding as it used to be. But then, music has never really been my passion. It is more like a hobby to me. My real passion is the media.”

“For now, I am fully involved in the media.  I do consultancy and events management. I run my own audio and visual studio, as well as a public relations company. I develop brands,” he narrated.

Still, on the projects he has been carrying out, Alariwo stated, “Also, I organize an annual awards event in Oyo State. It is called Pacesetters Entertainment and Recognition Award. The Ministry of Information, Culture, and Tourism and I are collaborating on this project. We have organized two successive editions of the award so far. The first one was held on December 3, 2017.

The objective is to honor natives and residents of Oyo State who are doing well in their chosen careers.”

Alariwo later reiterated that what he’s doing currently does not stop him from recording songs, since both fields are related.

He stated, “As a media practitioner, sometimes I need to come up with a concept like this and develop it in order to encourage other people. Music lives inside me. I want to record a song, I will go to my studio and do it. But I’m not ready for music now. I have to turn to other things.”

Fresh inter-ethnic clash in Benue leaves many houses in ruins