The 1930s piece was one of four mismatched chairs that the British author picked up for free in Edinburgh, Scotland, before she rose to fame.

Ms. Rowling is one of the most powerful women in the world after her seven Harry Potter books broke records everywhere with how well its done. It has gone on to spawn eight successful movies and has been the launching pads for the careers of Daniel Radcliffe and Emma Watson amongst otheres.

Ms Rowling originally auctioned the chair to benefit her charity in 2002. She hand-painted the chair, which auctioneer James Gannon said made the piece so valuable.

It features the phrases: “O, you may not find me pretty but don’t judge on what you see” and “I wrote Harry Potter while sitting on this chair”.

A letter from Ms Rowling was included with the sale.

The letter reads: “I was given four mismatched dining room chairs in 1995 and this was the comfiest one, which is why it ended up stationed permanently in front of my typewriter, supporting me while I typed out Harry Potter and the Philosopher’s Stone and Harry Potter and the Chamber of Secrets. My nostalgic side is quite sad to see it go, but my back isn’t.”

The chair’s new owner has chosen to remain anonymous.

“I plan to donate 10% to JK Rowling’s charity, Lumos, because that’s what she did in the first place,” said Mr Gray.

He bought the chair in 2009 after his daughter, a Harry Potter fan, saw it on eBay. 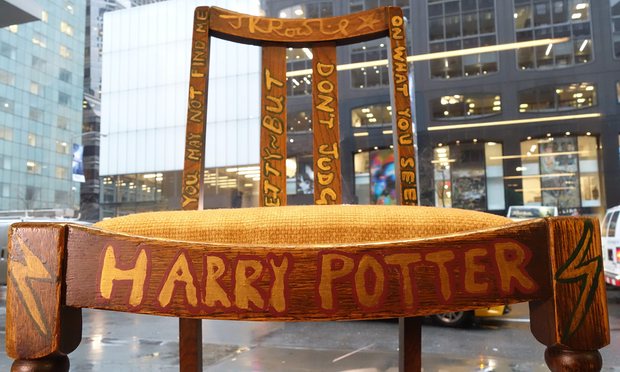 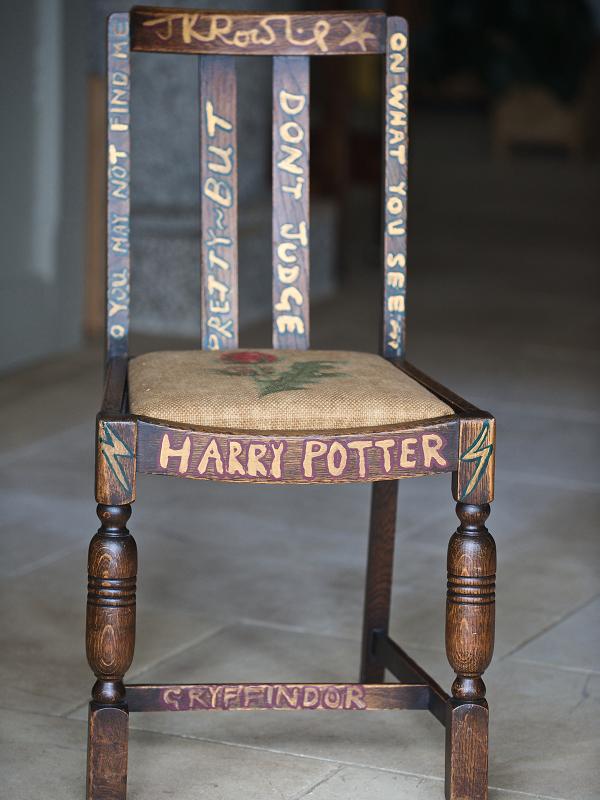