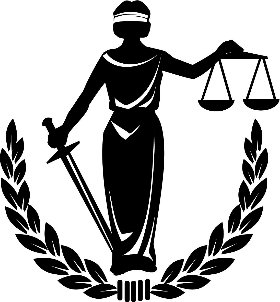 An Ikeja High Court on Monday issued a bench warrant on a 44-year-old man, Nsikakabasi Akpan-Jacobs, who allegedly sold off his employers’ property for N918m.

The News Agency of Nigeria reports that Justice Oluwatoyin Ipaye issued the warrant after Akpan-Jacobs failed to appear before him for the continuation of trial.

“Criminal proceedings are expected to be heard in a brisk manner in order not to offend Section 36 (b) of the 1999 Constitution of the Federal Republic of Nigeria.

“Actions that attempt to stall such proceedings must not be encouraged by the court,” he said.

The judge noted that there was no medical report before the court to back the claim by the first defendant (Akpan-Jacobs) that he was ill.

She ordered the Economic and Financial Crimes Commission to immediately arrest and produce the accused in court on the next adjournment date on April 29.

Earlier, Counsel to the defendant, Mr. ThankGod Onyegbune, had apologised for his absence, which he attributed to ill-health.

The EFCC counsel, Mr Emmanuel Jackson, however, said the claim was a ploy by the first defendant to frustrate the trial.

Jackson, therefore, asked the court to issue a bench warrant on him or in the alternative, revoke his bail.

NAN reported that Akpan-Jacobs was charged to court alongside a legal practitioner, Abdulmalik Ibrahim, on June 9, 2011.

Also charged with the defendants is Dana Motors Ltd which acquired the property situated at Plot C63A, Amuwo-Odofin Commercial Layout, Oshodi-Apapa Expressway, from them.

They are facing 15 counts bordering on conspiracy, stealing, forgery and uttering.