Nassarawa Utd players get land, cash gift from their Governor

The Nasarawa state governor has gifted players and officials of the Nigeria professional football league, cash rewards and land gifts for their outstanding performance in the 2016 Federation Cup. 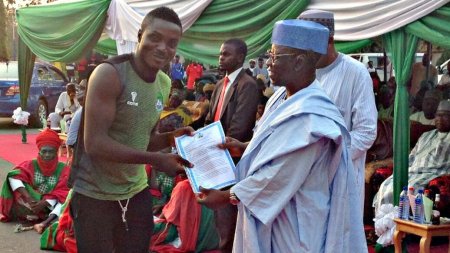 Nassarawa United were narrowly beaten in the final of the Federation Cup in Lagos on Sunday by FC Ifeanyi Ubah.

Despite the club loosing to the Anambra warriors, the governor still chose to reward the team for the effort thus far.

This is the first time a club from the state will be going this far in the country’s oldest cup competition.

The club Chairman, Isaac Dalandi Received N5million while the Coach Kabiru Dogo was given N4million.

The players received N200,000 each and all the team members got a plot of land each.