NBC Bans Falz’s ‘This Is Nigeria’ Song, Others Over Vulgarity

The National Broadcasting Commission (NBC) has banned Falz’s controversial song “This is Nigeria” from the airwaves on account of its “vulgarity”.

The NBC made its stance on the songs known in a letter signed by its Jos Zonal Director, Igomu Onoja (Ph.D) and addressed to Jos, Plateau State-based JODAJ Global Communications Ltd.

“The Commission has observed with great concern the continuous airing of vulgar and indecent music lyrics inspite of warnings both verbal and written to the station,” NBC said.

According to the commission,  Falz’s “This is Nigeria”contravened the broadcasting code by referring to Nigerians as “criminals.”

The NBC also stated that Olamide’s “See Mary, See Jesus” used Jesus’s and Mary’s name, which are revered in the Christian faith, casually in contravention of the code.

Also, Wande Coal’s song “Iskaba” was banned from the airwaves for containing the lyrics: “shaking the ass like kolo”. 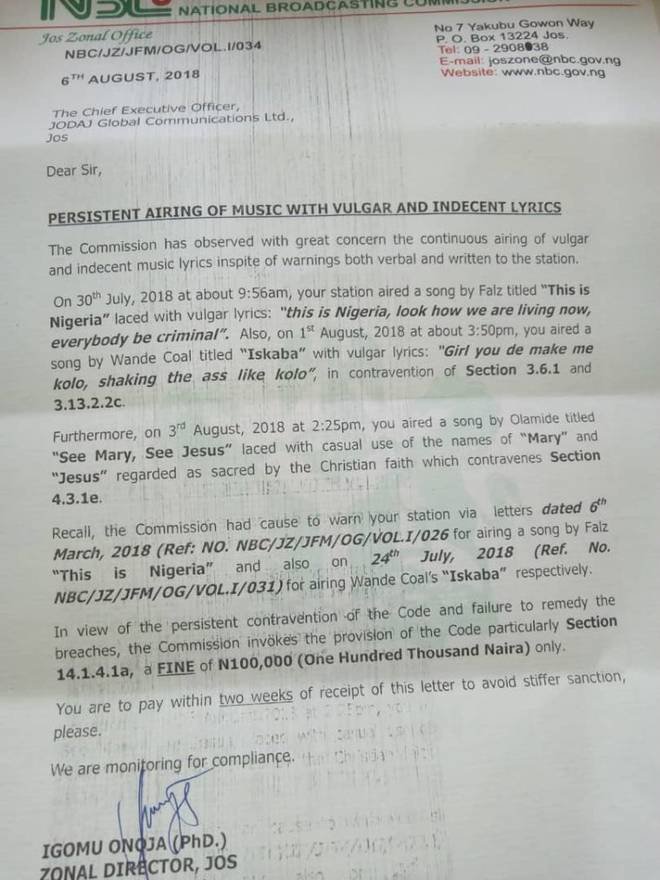