Popular online streaming service Netflix has resorted to going to the extreme in its bid to entertain its viewers as one of their films being aired contains child pornography.

The 10th largest internet company aired an Argentinian film named “Desire” which starts with a scene of two little girls playing with pillows innocently at first then all of a sudden started ridding the pillow like a horse.

Photo from the scene below: 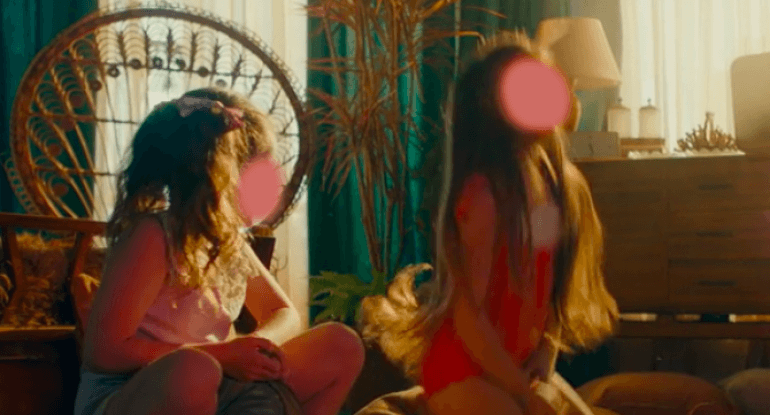 After getting numerous bad reviews from Netflix viewers and movie critics, Netflix is still headstrong about stopping the movie from airing.

The director, Diego Kaplan said the scene was filmed to copy a John Wayne movie and that the girls were oblivious of what was actually going on during production.

Neflix has yet to give a statement concerning this matter.

Man Arrested for Duping, Posing as Aide to AIG