Netflix Indicted Over Pornographic Depiction Of Children In ‘Cuties’

Netflix has been indicted in Texas over their pornographic depiction of children in the film Cuties that centers around a young girl who joins a twerking dance squad.

According to legal documents obtained by the Texas Tribune, a grand jury in Tyler, Texas, indicted the streaming giant for promoting content that “depicts the lewd exhibition of the genitals or pubic area of a clothed or partially clothed child who was younger than 18 years of age at the time the visual material was created, which appeals to the prurient interest in sex.”

In addition, the indictment filed on September 23 states that Netflix promoted, distributed and exhibited the film that “has no serious literary, artistic, political, or scientific value.” 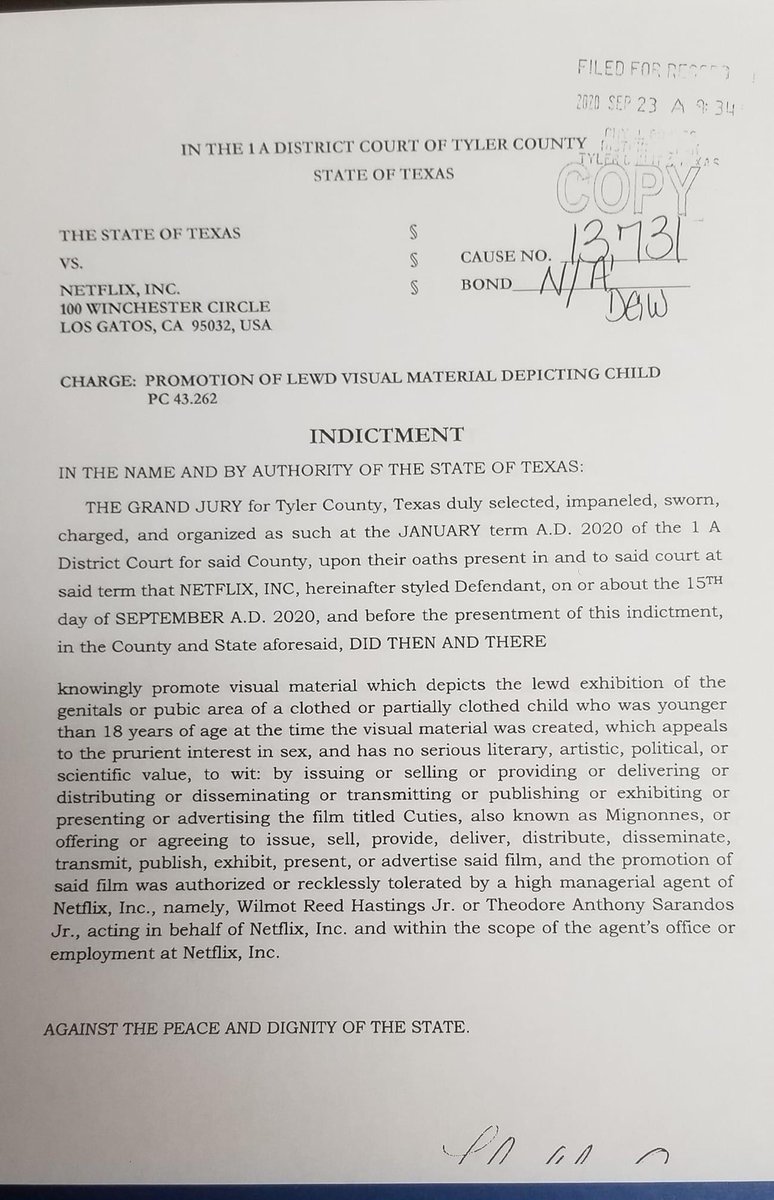 Netflix gave a statement to NBC News Tuesday regarding the indictment.

“‘Cuties’ is a social commentary against the sexualization of young children,” the statement said. “This charge is without merit and we stand by the film.”

Netflix issued an apology back in August for using a Cuties movie poster that some believed sexualized the child stars. Doucouré said Netflix’s original artwork for Cuties was “not representative of the film and especially its message.” She also claimed she received death threats over the marketing, but insisted she was fighting “the same fight” as those who were criticizing the film.

“Shame on you, ma” – Wizkid fires back at Buhari’s Aide