A group of scholars from the University of Western Australia has revealed that men who have bushy beards and longer strands of air are likely to have smaller testicles when compared with those who hardly have facial hair.

According to Daily Mail, the group affirmed that a guy “can be well-adorned or well-endowed, but it’s hard to be both.”

This implies that a man who appears neatly shaven has a higher tendency of having a big testis.

The research further highlighted that animals would either expend more energy trying to impress the opposite sex by growing beards or expend their energy on making their testes bigger.

Dr. Cyril Grueter, a primatologist from the University, who equally participated in the research, explained that sizes of testicles are largely dependent on the appearance of those who have them. 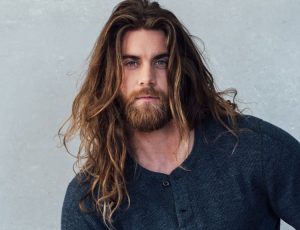 He explained, “Some (primate) species sport flamboyant accouterments such as beards, manes, capes and cheek flanges, and various shades of colour in their faces and fur.

“Others are pretty drab and look more like your Mr. Average.

“This finding clearly shows that you can be well-adorned or well-endowed, but it’s hard to be both.”