A News reporter with Channel 8 in Dallas, Demetria Obilor has been ridiculed by a follower, Jan Shedd for being sexy and always dressing provocatively on TV.

Demetria Obilor, whose father is Nigerian, became famous when a popular website called her the most beautiful Traffic Reporter in the world with the hashtag #TrafficBae.

Jan Shedd took to Facebook to call out Demetria, who she said was a “size 16/18 woman in a size 6 dress”. She went on to say that she will no longer watch Channel 8 anymore because of the curvy anchor.

Some viewers did not agree with the woman and they called her out.  Chance the Rapper weighed in and called Jan out for her negative comments about the new Channel 8 reporter.

“This is precisely how women of color are treated in the workplace wearing the same exact s*** white girls have on,” a user wrote on Twitter, along with a screengrab of Shedd’s post.

The Texas woman later claimed she was attacked by the “racist mafia” after making her Facebook post, which she declared had nothing to do with race.

Shedd wrote: “Frankly, I didn’t even notice that she was black. I was shocked that Channel 8 would put someone on the air that dressed so provocatively.” 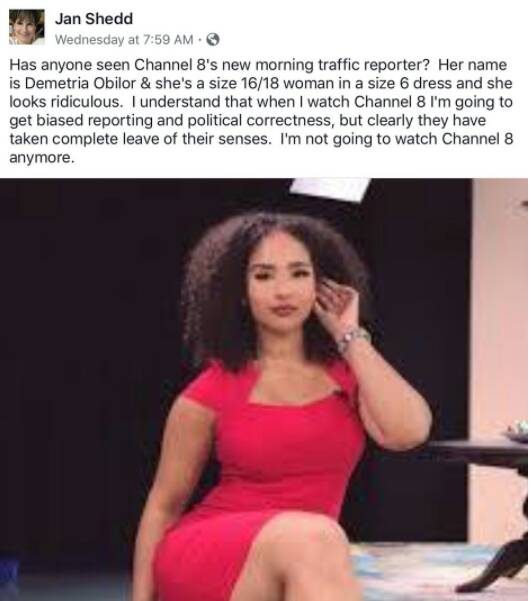 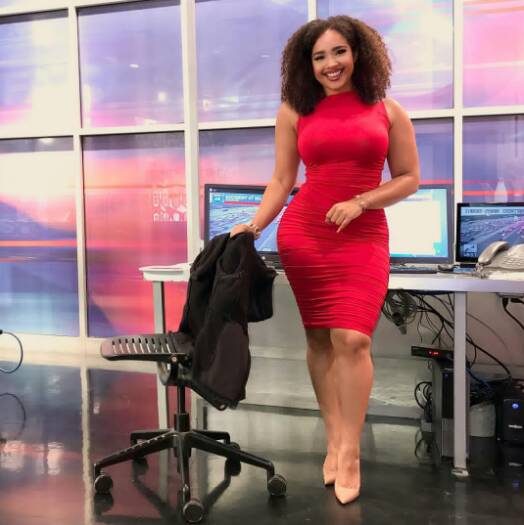 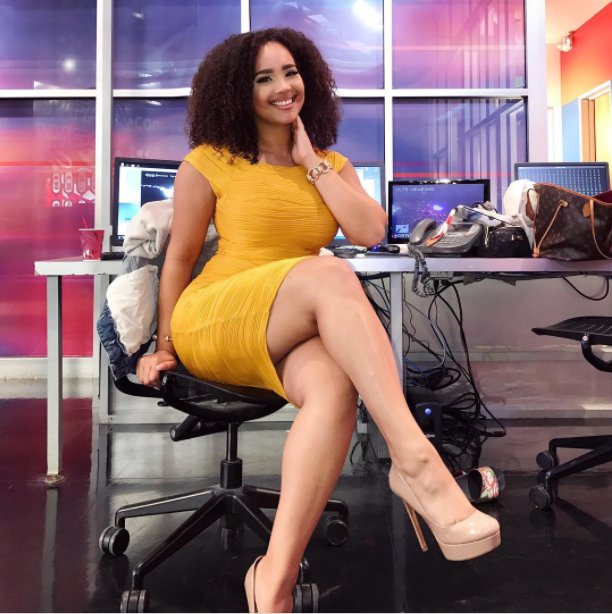 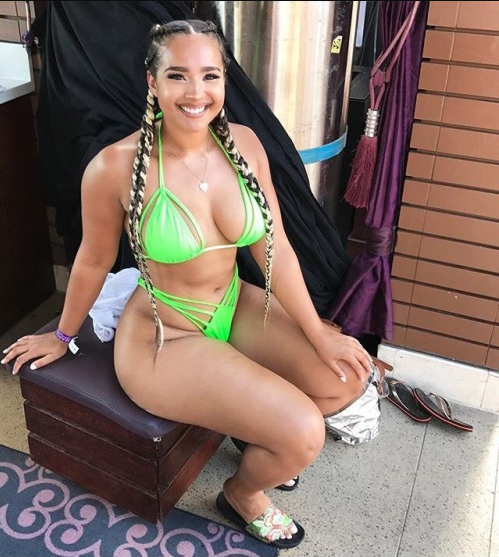