‘Niger Delta can have 100% resource control if they forfeit…’ – Lamido 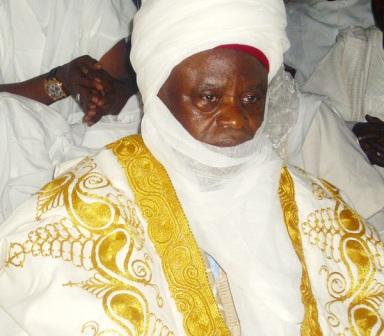 The Lamido of Adamawa, Lamido Mustapha has given a condition for the Niger Delta to be allowed 100% resource control. Speaking at the National Conference yesterday, Lamido said provided they would forfeit their land in the Federal Capital Territory.

“That means ownership of land should revert to those states and anybody who wants to use the land or the structures in the land must pay rent to those states or the traditional owners of the land, for example, the FCT.”

The Adamawa monarch is the same delegate that said his kinsmen would extend his kingdom to Cameroon, should Nigeria be divided along ethnic lines.

Responding to the Lamido’s comments, another delegate, Prince Chibudom Nwuche, a former House of Reps deputy Speaker said, “Is that really an issue? I feel that is his personal opinion and even if it is 100 per cent, the Federal Government will still impose tax to provide common services. There should be room for government to impose tax to provide common services like foreign affairs, common currency and the Federal Road Safety Commission. You cannot subsume this under 100 per cent. Although it could be a good concept, you must give the Federal Government the right to tax.”