Nigeria makes plans to send man to the Moon

S.O Mohammed, Director general of the Nigerian National Space Research and Development Agency (NASRDA) claims Nigeria is making plans to send a man to the moon.

In an interview with CNN,he discussed the plans of the space program.

“We have always said… the Nigerian space program is not going to be an ego trip.”

Mohammed stated that plans are currently being made to ensure that a locally designed satellite is built by 2018. He also plans to launch this satellite by 2030, thereafter the program will be sending a man to the moon.

The director also listed the launching of a Synthetic Aperture Radar (SAR), a satellite capable of penetrating cloud coverage as one of the program’s plans.

He went further to list some of the benefits of satellite programs; the documentation of the regional climate change patterns, updating of the country’s maps, and tracking the movements of terrorist group i.e. Boko Haram.

NASRDA has been granted $20 Million this financial year but would need extra $65 million to achieve its goals. 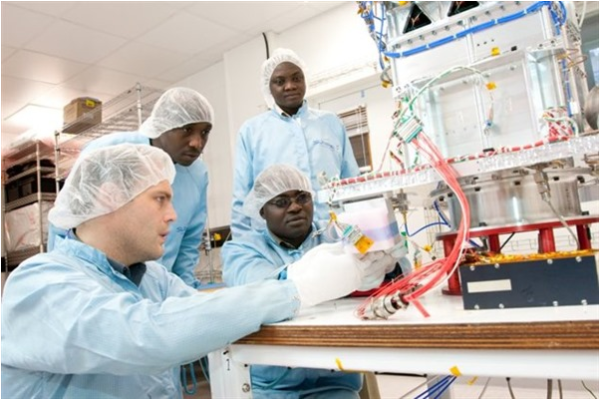