Nigeria has ranked higher than Syria on the 2019 Global Terrorism Index, according to the Geneva Centre for Security Policy (GCSP).

In the report captioned Hydra: The Evolving Anatomy of Extremism and sub captioned: A PERSISTENT GLOBAL JIHADIST THREAT, the authors reveal “the predominant threat to multiple states is transnational militant Salafi-jihadists who are calling for offensive jihad (holy war) in the hopes of overthrowing apostate states in order to create caliphates and practice sharia law.”

According to the index, Nigeria is only outranked by Afghanistan and Iraq, which are first and second on the Terrorism Index.

The report also cautions, “Salafi-Jihadists groups are proving to be an enduring global security threat due to the following trends:

Recall, The Herald reported, the United States government placed a ban on Nigeria due to rise in terrorism in the region as well as the failure of the Buhari administration to provide basic information management and security solutions. 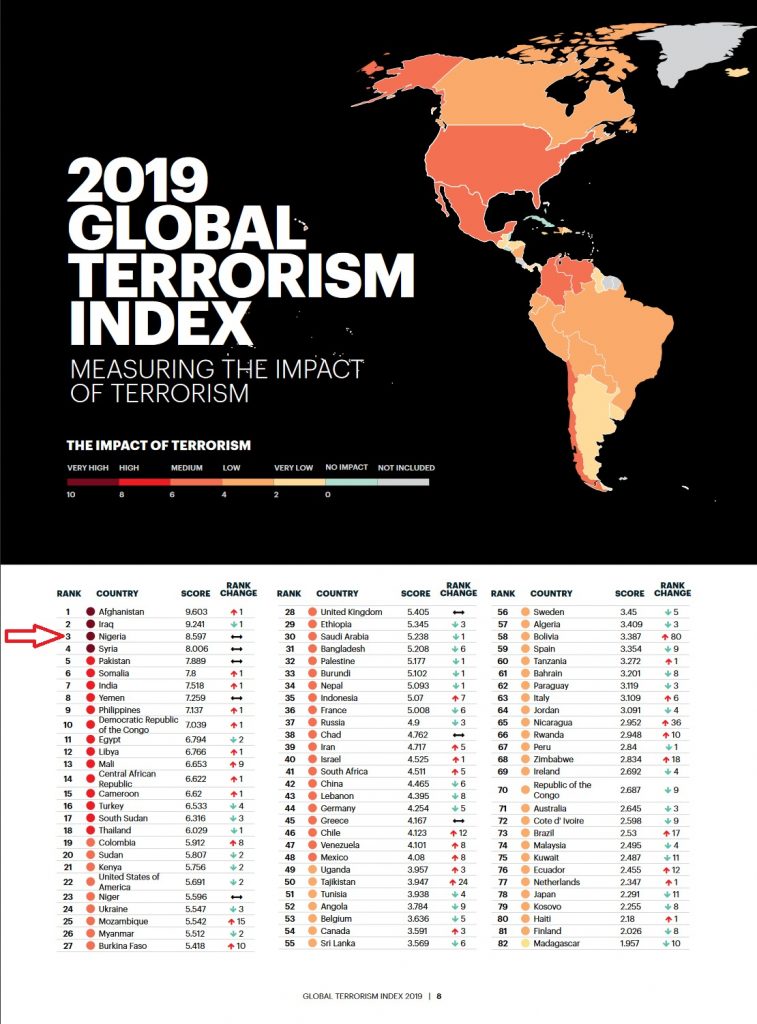