Kehinde Wiley, the Nigerian artist who painted Barack Obama’s official portrait has come under fire for some of his past works which many see as racist and sick.

Wiley in the past painted some images that featured black women with knives holding the decapitated heads of white women, much like Kathy Griffin on President Trump.

According to Wiley though, these paintings are based on Renaissance works by Caravaggio and Gentileschi depicting the Biblical story of Judith beheading the Assyrian general Holofernes. 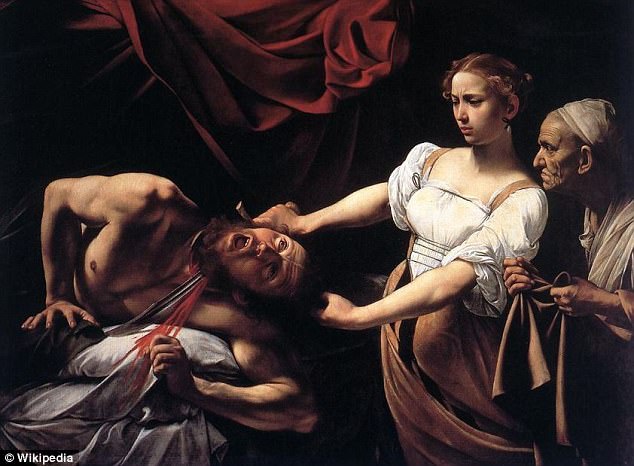 In a 2012 explanation of the work from the North Carolina Museum of Art foundation, it reads:

‘Judith and Holofernes is from Wiley’s most recent body of work and his first series of paintings to feature female subjects.

‘Wiley translates this image of a courageous, powerful woman into a contemporary version that resonates with fury and righteousness.’ 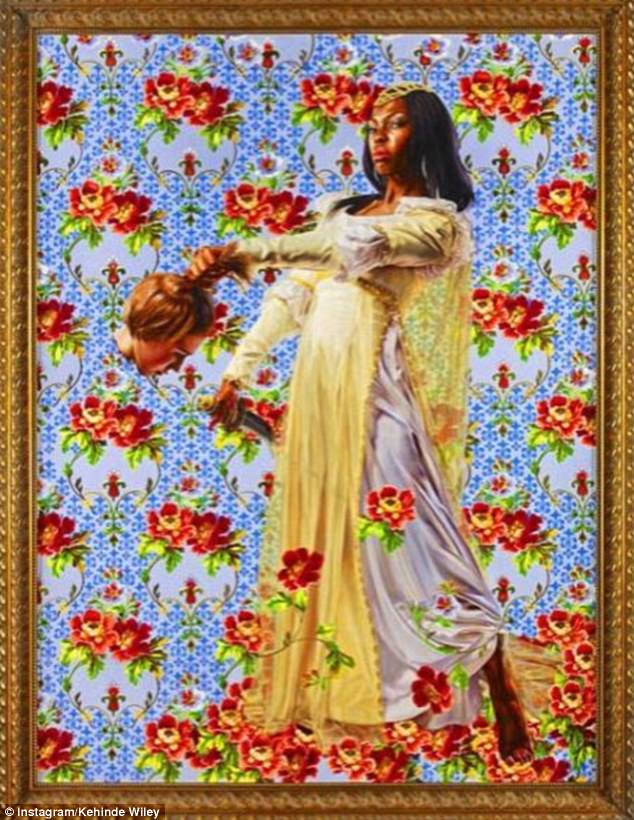 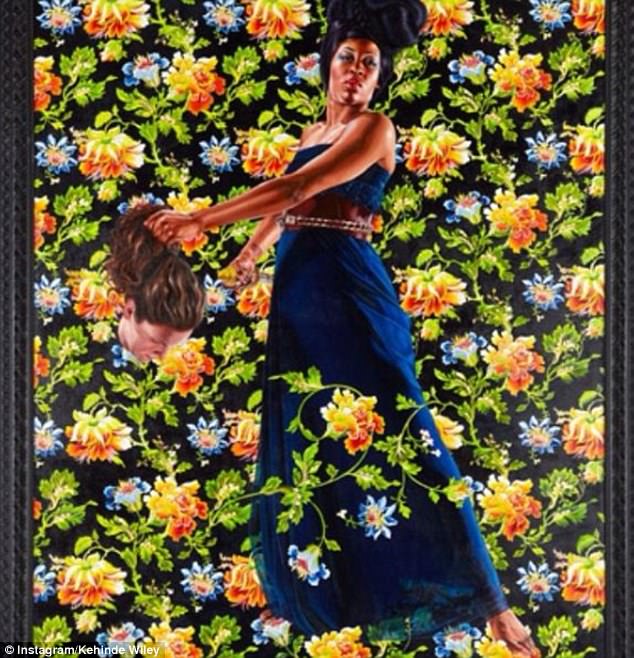 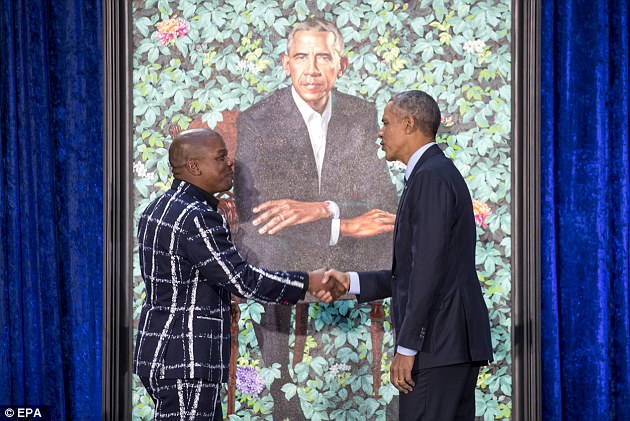 Wiley has come under fire for this with many believing that he is unfit to paint the portrait of Obama seeing as he is someone who glorifies violence against white people. 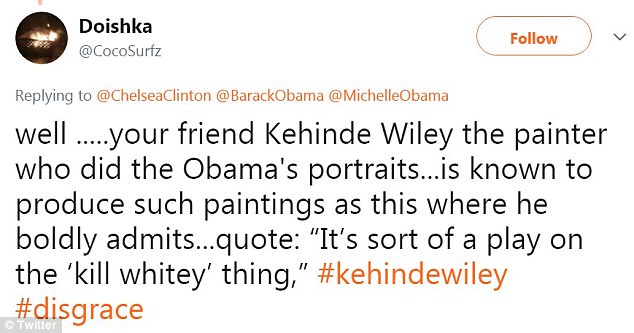 Kehinde Wiley, 41, is one of six children and was born to a Nigerian father and an African-American mother. He grew up in South Central Los Angeles in the1980s  with his siblings and their mother.

He enrolled in a small art conservatory at the age of 11 and then went on to earn his BFA from the San Francisco Art Institute in 1999 and his MFA from Yale University, School of Art in 2001.