Mowalola Ogunlesi took to her Instagram page to announce the great news with her followers with a post of the new collaboration. 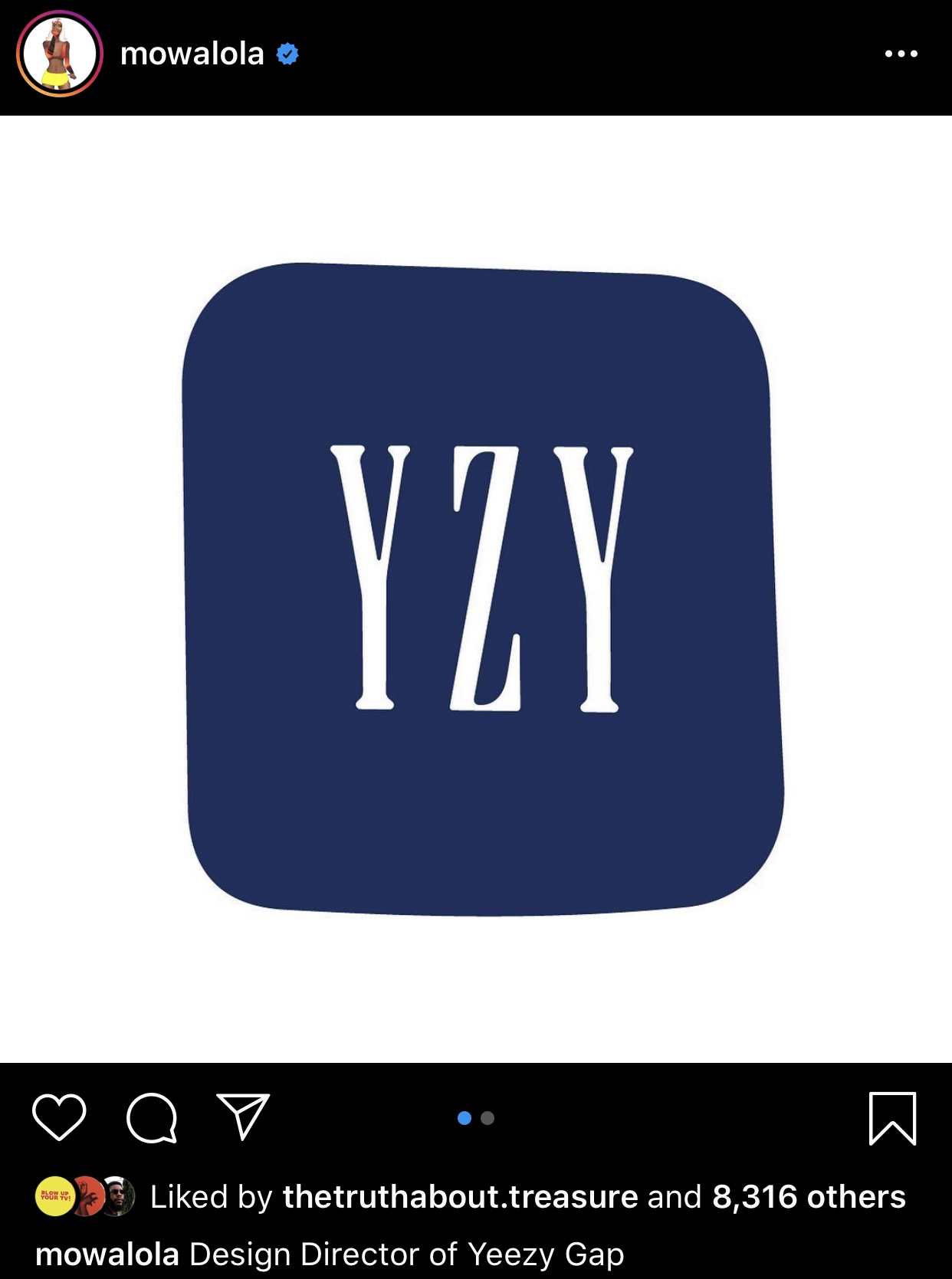 Earlier on, Kanye West announced a 10 year partnership between his Yeezy clothing brand and Gap.

The full collection is titled YEEZY Gap and is set to be launched early 2021. Kanye West also tweeted a first look at what to expect from the new project complete with the caption “#WESTDAYEVER.”

According to a statement issued to The New York Times, the YEEZY design studio under Kanye’s creative direction will produce “modern, elevated basics for men, women and kids at an accessible price point.”

Announcing the partnership, Global Head of Gap Brand Mark Breitbard said: “We are excited to welcome Kanye back to the Gap family as a creative visionary, building on the aesthetic and success of his YEEZY brand and together defining a next-level retail partnership.”