A Nigerian, Imelme Umana has been announced as the new president of the Harvard Law School Review, making her the first female black female student to ever hold the position in the history of the institution.
Umana, a Postgraduate Law student was announced by the Association of Harvard Black Law students on its twitter page as HLSR President on Sunday, 29th 2017.

This is coming on the heels of the growing trend of African students graduating with excellent results in different institutions of learning in disparate parts of the world.
Although, Umana may not be the first black female student to hold an influential position in an international university, however, her case takes a different dimension due to the rating of Harvard as an Ivy league University.

It should also be noted that Barack Obama was also President of the Law Review at Harvard during his student days.

Congratulations on this remarkable achievement. 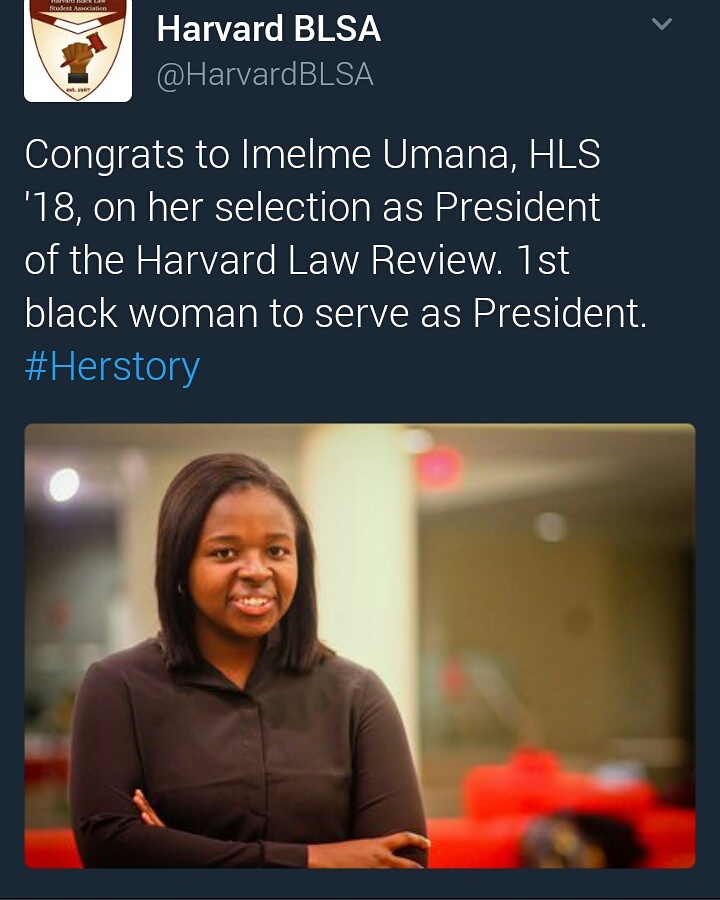 Budget: Legislature directs LGCs to give priority to capital expenditure

How to become a digital marketer