A Facebook user by the name of Tiemo Pumokumo escaped death by whiskers after the Nigerian Police allegedly opened fire on his vehicle. Their reason- They were told armed robbers were coming from that direction. 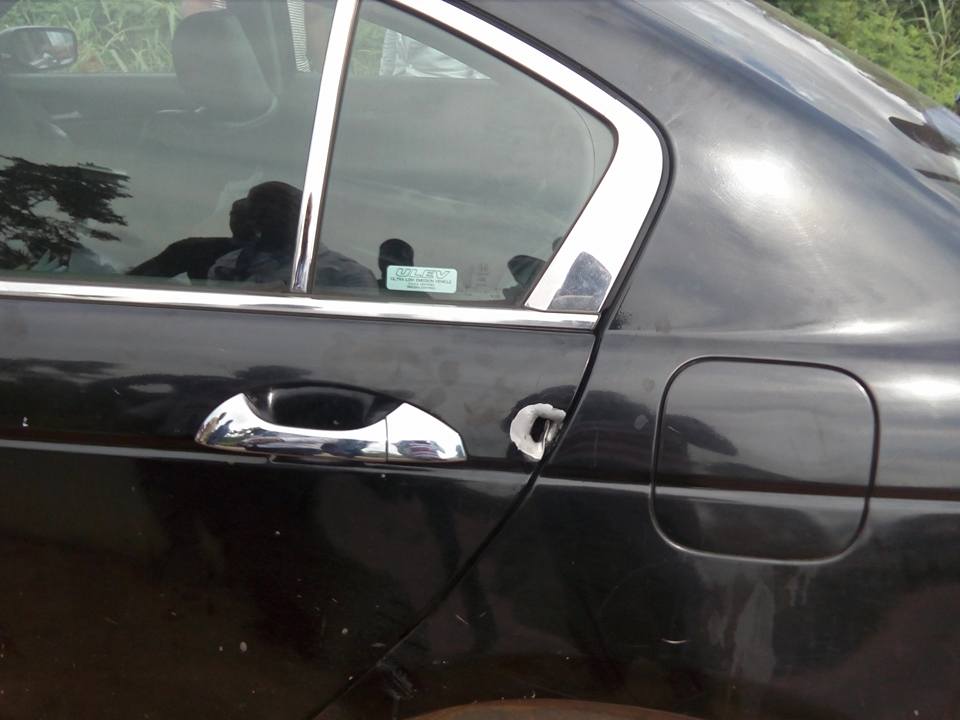 They fired on the front and back of the vehicle and didn’t bother to find out the identity of the person  coming but just opened fire.

Tiemo escaped with his life but his car had bullet holes in it.

Tiemo shared the photos of the car that was attacked. The Police are yet to respond to the allegations and it was never confirmed that the robbers actually came.

You can check out Tiemo’s post and more photos below. 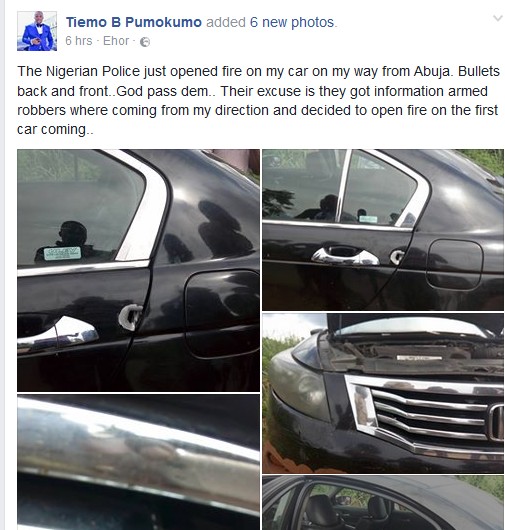 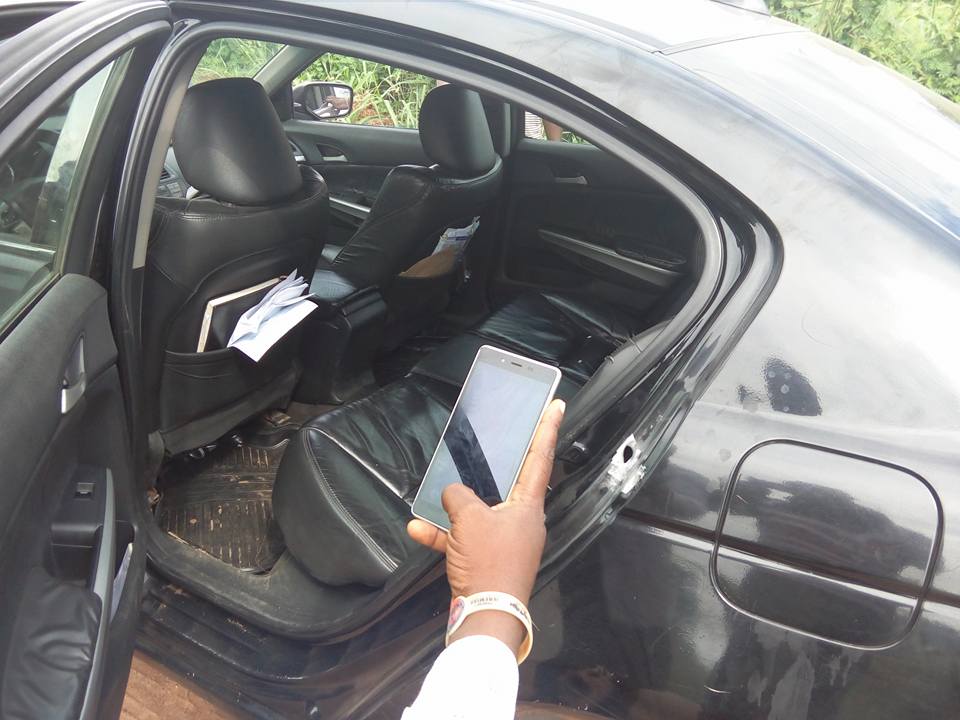 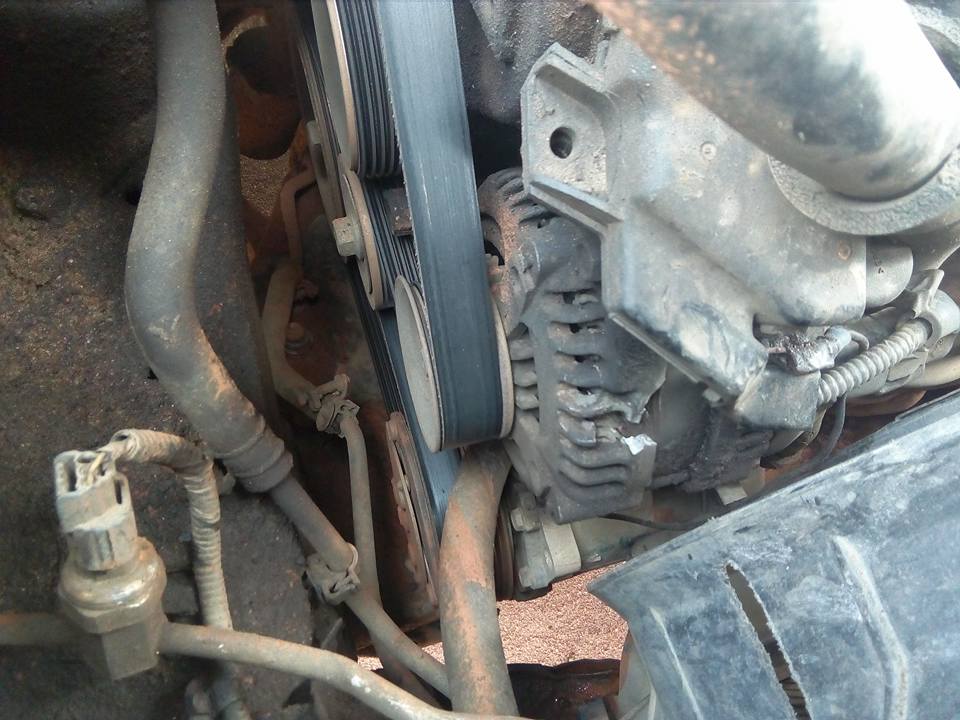 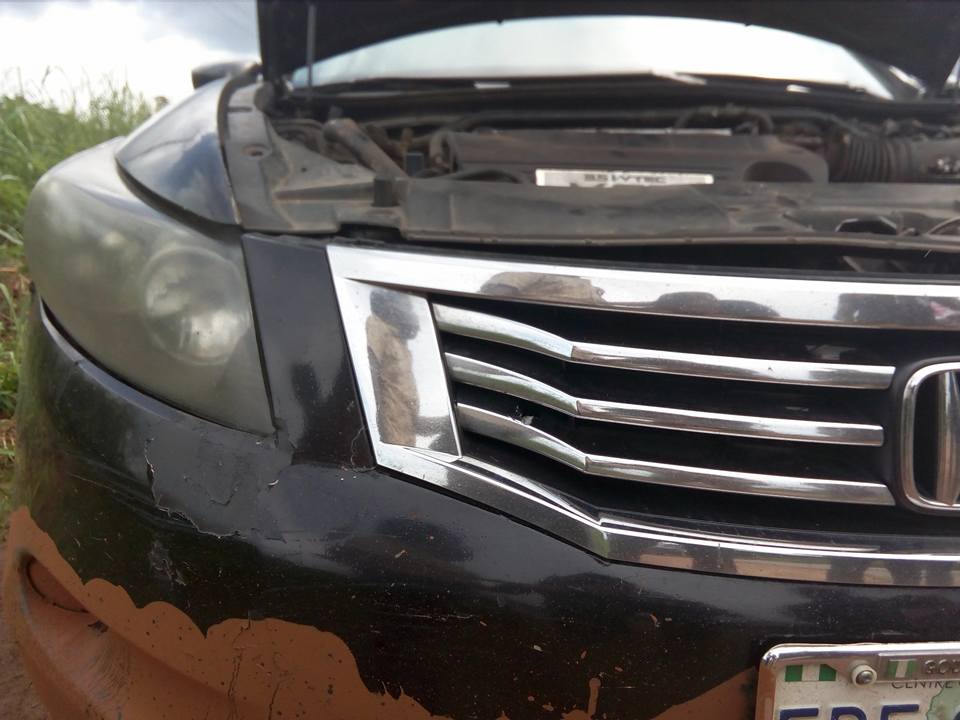 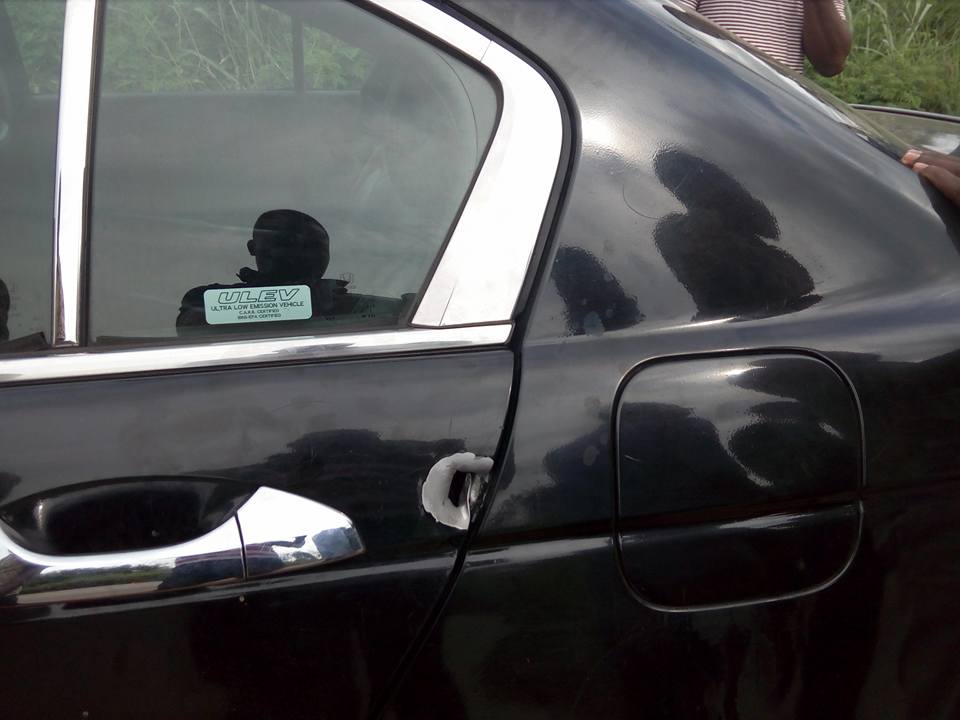 After stabbing him at home, hoodlums shoot NURTW boss dead in Lagos hospital