Eldanojie Joseph, an undergraduate of a polytechnic in Edo State was shot dead by operatives of the Special Anti-Robbery Squad at Ogoja market, LASU-Igando road. 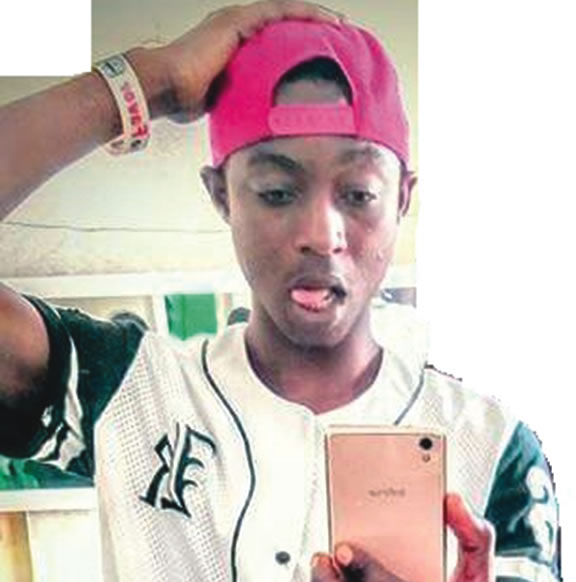 According to Punchng, the 20-year-old business administration student was said to be on a visit to his cousin, Friday Ojah, who lived on Alape Street, Iba Ojo, when he was hit by a stray bullet on his way back from buying a drink. 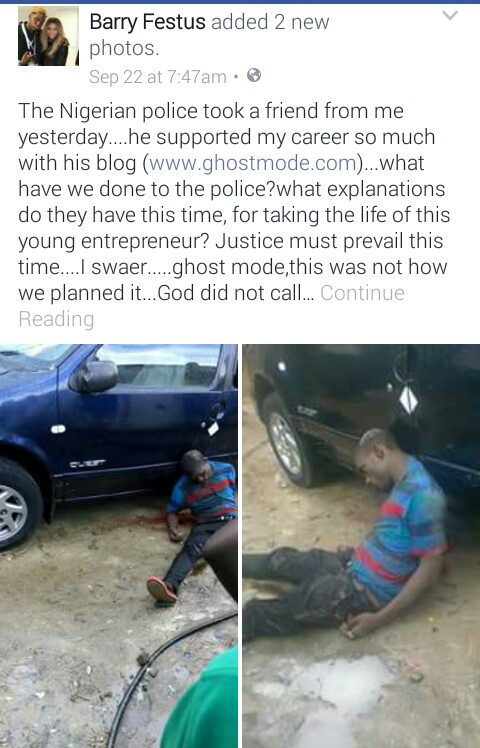 Joseph’s friend, Barry Festus, took to Facebook lamenting about his loss. He said “The Nigerian police took a friend from me yesterday,…what have we done to the police? what explanations do they have this time, for taking the life of this young entrepreneur?…God did not call you…the NIGERIAN POLICE DID”

The operatives were said to have been pursuing an internet fraudster, identified as badoo who parked his car and fled upon sighting them, causing the officers to start shooting randomly. The SARS officers then proceeded to dump the victim’s body in the boot of the suspected fraudster’s car, and drove off. They afterwards claimed that they shot because Eldanojie was a cultist and was about to shoot at them. 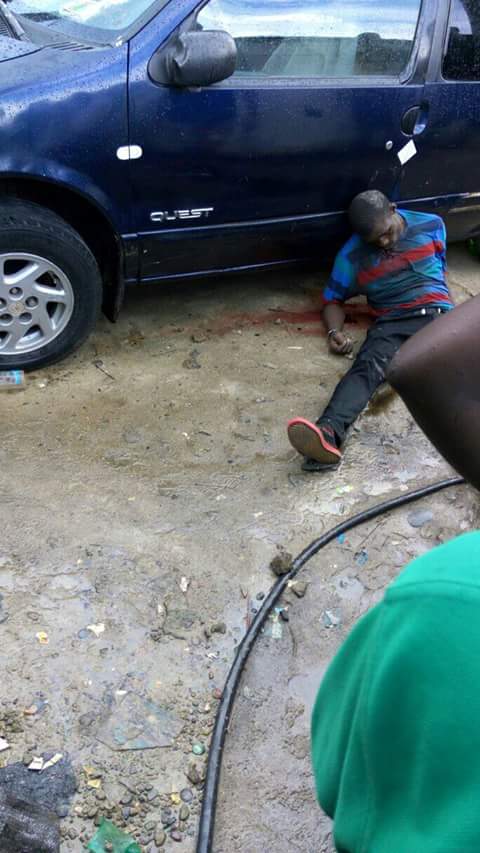 The victim’s cousin, Ojah, debunked their claim stating that Joseph had only arrived three weeks ago. “Around 9.30am on Monday, we strolled out to buy a can of soft drink. We were returning home when we learnt that some policemen were chasing somebody,” he said.

“We decided to go through the back of the market. As we turned back, my brother was hit by a bullet in the head and he fell down immediately.

“As I tried to call for help, I saw that the policeman that shot him had aimed his gun at me. I fled the place immediately. “He only had the canned drink we bought, a phone charger and a handset on him when the incident happened. The police lied to cover up their misdeed,” Ojah said.

The Police Public Relations Officer, SP Dolapo Badmos, said she had yet to be briefed on the incident, adding that she would get back as soon as the Officer-in-Charge of SARS briefed her.

She said, “The OC SARS has yet to brief the command on that issue and he has been directed to do so. I will get back as soon as I have the facts of the case.”

Why house help, 13, jumped from two-storey building in Aba