See the pictures below, 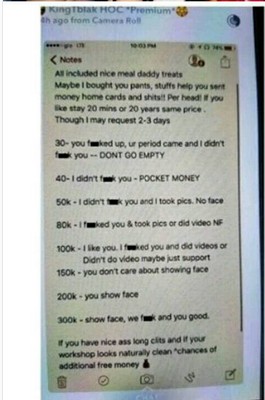 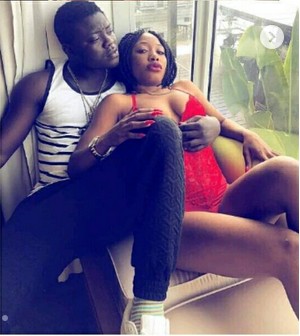 Kingtblakho recently shared a video of one of his girls identified as Ann revealing the names of Nigerian celebrities she has allegedly slept with.

According to Ann, she has slept with Hushpuppi, E-money, Obafemi Martins and a host of other Nigerian celebrities. She decided to confide in him because she doesn’t want him to hear it outside or think she is hiding things from him.

However, a few minutes later, Hushpuppi took to the comment section to debunk the claims saying he doesn’t eat pork.

Recall that a few days ago, the same Ann tried to stab her boss, Tblak for picking another girl over her.

In the conversation, after Hushpuppi said he doesn’t eat pork,

She replied; Come take a certificate.

After all, sex work is not illegal in Nigeria…

See the chat response below: