A Nigerian woman, Blessing Nwobodo, took to the streets of Facebook to narrate her shocking experience during a surgery in an hospital in Umuahia.

The young writer stated that she found a lump in her breast and although non-cancerous, was advised by medical professionals to remove it.

She added that the government hospital in Abia was non-functional due to an ongoing strike, therefore prompting her visit to a private hospital in Umuahia.

Blessing further explained that during the surgery, she was given local anesthesia and was conscious. However, halfway through the surgery, ‘NEPA took light’.

She said, “While the surgery was going on, NEPA took light and the doctor had to leave the operating room to go and ask my aunt waiting outside to run out and call a guy called Ifeanyi to put on the generator, and guess what, Ifeanyi came back to say there was no fuel”.

Blessing also stated that a nurse came in with a torchlight which the doctor made do with until electricity was restored.

In a bid to calm her nerves, Blessing repeatedly sang Rihanna’s “Please don’t stop the music” in her head, whilst staring at the ceiling.

She said her ordeal made her want to place a curse on Nigeria but she held back because “the country is already cursed”. 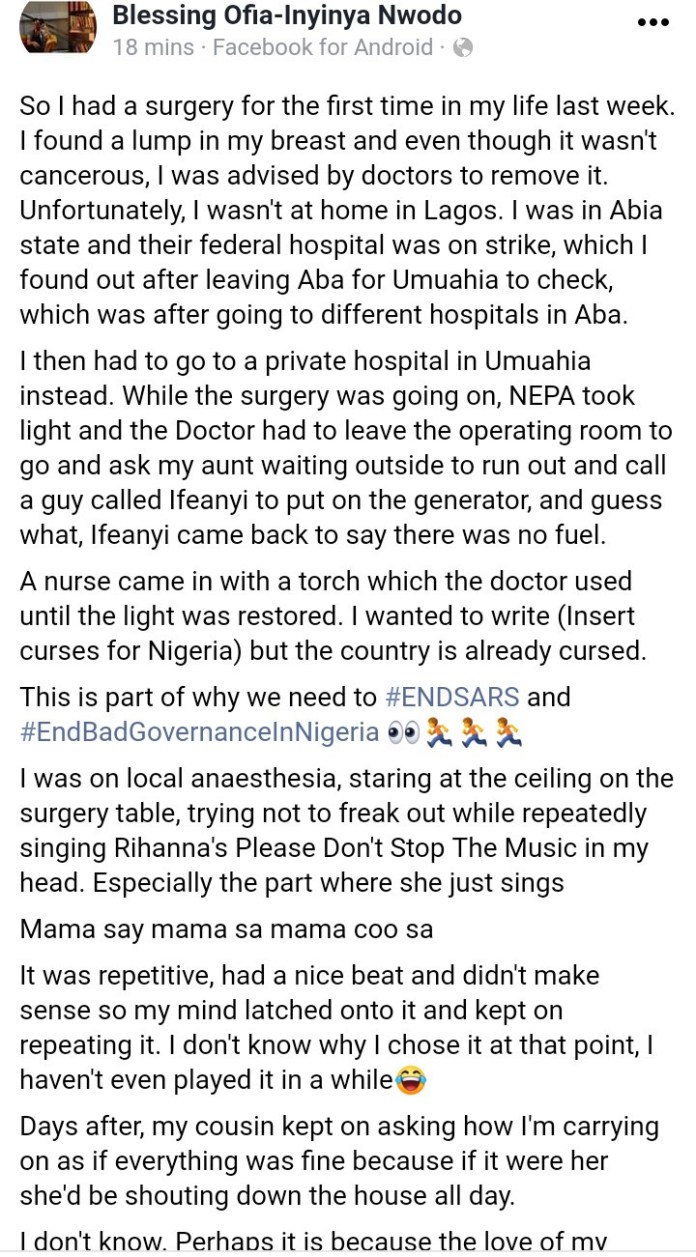 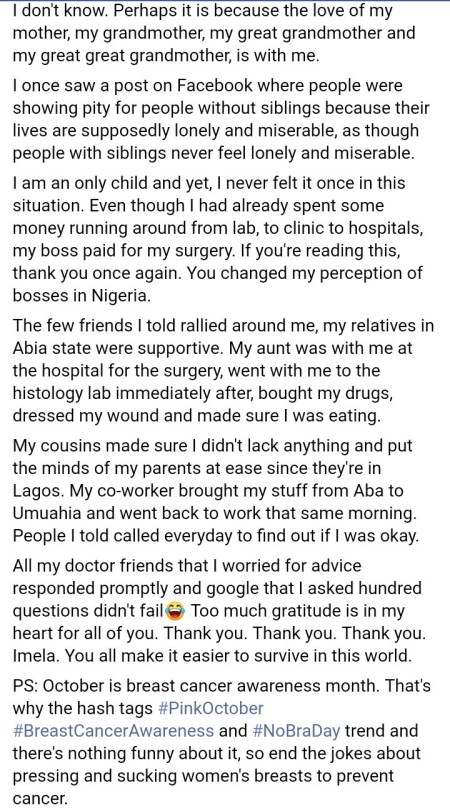 #EndSARS: Inside Buhari’s Parley With Former Heads Of State – By Femi Adesina

“He was Acting For His Political Fathers To see His Loyalty”, Reno Omokri…