Special Assistant to President Buhari on Digital and New Media, Tolu Ogunlesi has been criticised on Twitter for turning a blind eye to the same conditions he vehemently criticised pre-2015.

Many critics shared tweets in which the journalist heavily criticised former Presidents Umaru Musa Yar’Adua and Goodluck Jonathan administrations over issues that are repeating themselves under the Muhammadu Buhari administration in which he is serving. 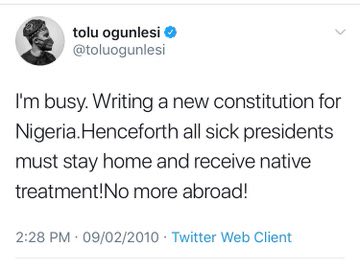 Ogunlesi’s principal, President Buhari has spent 200 days going on medical tourism since he was sworn-in as Nigeria’s President in May 2015.

In yet another, the presidential aide accused former President Jonathan of harbouring Boko Haram members in his cabinet. 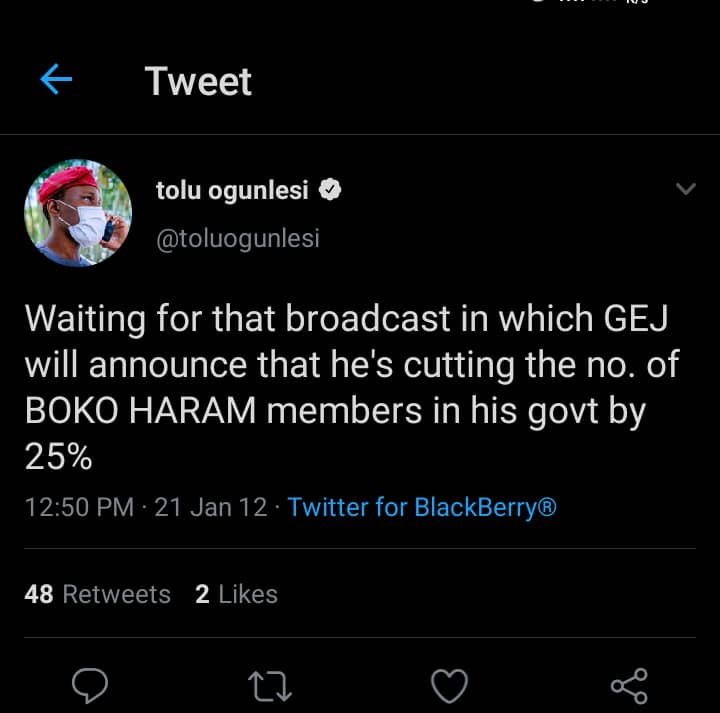 Current Minister of Communications and Digital Economy, Dr. Isa Ali Pantami is presently embroiled in a controversy over support for terror groups – Al-Qaeda and the Taliban.

Many Nigerians called for his removal but the presidency insisted that nothing of the sort would have become the minister had renounced his extremist views and apologised.

Many critics of Tolu Ogunlesi are calling on him to exert the same energy expended on criticising previous administrations on the current administration.

RT until he blocks you. pic.twitter.com/oIuvhLsHDD

Is he still writing it? Abi biro and paper don finish?

He has blocked me since 2015 after Buhari appointed him and I criticized him for doing wrong.

@toluogunlesi are you done with the constitution or we should wait till 2023 😊😊 pic.twitter.com/3WSUr3L4WT

Eskis me @toluogunlesi na you be this abi dem hack your account?
How far nah?
When Oga dey go e next medical tour?
Which country this time abeg?
Na my neighbor say make i ask you oo 🤷 pic.twitter.com/vVvySZsWg1

“No govt can plan for unlimited number of citizens” –…

Why we suspended issuance of new passports – FG