Following the invitation of the World Heavyweight champion, Evander Holyfield by the Lagos state government to the Lagos At 50 celebration, Nigeria’s oldest Boxing champion, Bash Alli took to his social media page to call the state governor out for for his failure to invite him yet honouring a foreigner.

Bash Alli took to his Facebook page to write:

“WHAT IS WRONG WITH MY COUNTRY, NIGERIA?
I was born and raised in Lagos. I am a world boxing champion. I have contributed to the economic growth of Nigeria through sport and i was rewarded with the highest national honor ever given to a Nigerian athlete, Officer of the Order of the Niger (OON). American former world boxing champion, Evander Holyfield is in Lagos as a special guest of the government to celebrate Lagos at 50 and i am not invited. THE LABOR OF OUR HEROES PAST SHALL NEVER BE IN VAIN…..LOL.”

In reaction to the oversight, Nigerians on social media expressed their dissatisfaction at the state governor’s oversight which was described as disrespectful and an insult on the nation’s living hero.

Recall that Holyfield gifted the state with $3million worth of health equipment and is also billed to fight the former state governor, Bola Ahmed Tinubu who is the national leader of All Progressives Congress, APC, in an exhibition boxing match slated to take place on Thursday at the Eko Atlantic, Lagos.

In reaction to the crucial oversight, Nigerians on social media wrote: 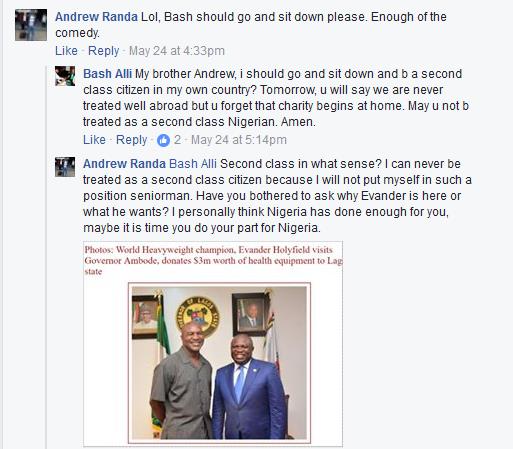 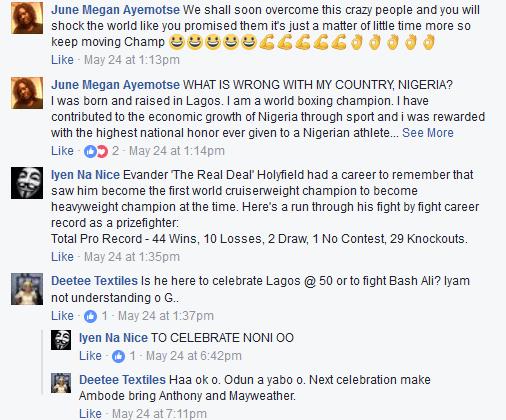 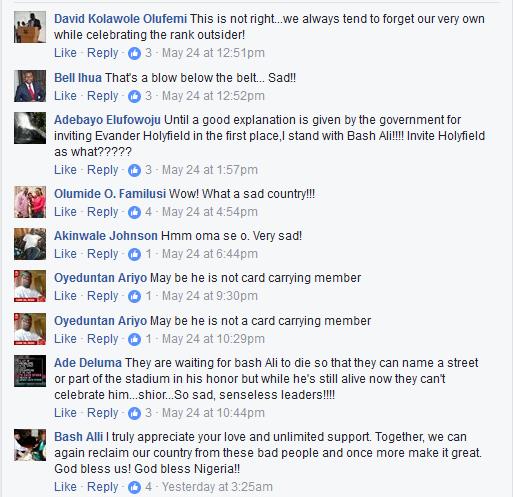 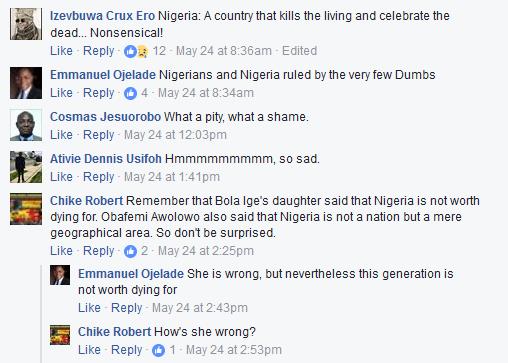