President Muhammadu Buhari’s assertion that Yoruba Nation agitator, Sunday Igboho was disturbing the nation’s peace under the guise of protecting his people from Fulani herdsmen attacks has ticked off some Nigerians.

Buhari stated this in a Tuesday statement by his Senior Special Assistant on Media and Publicity, Garba Shehu, while commending the Department of State Services (DSS) over last Thursday’s raid on Igboho’s home.

“In furtherance of continued diligent work, the State Security Service on Thursday, 1st July raided the residence of a militant ethnic Secessionist, who has also been conducting acts of terror and disturbing the peace under the guise of protecting fellow “kinsmen”.

“His (Igboho) seditious utterances and antics, which he is known to have publicly expressed, have overtime morphed into very hateful and vile laden speeches. It must be highlighted that the government respects fundamental rights of citizens to express their views and recognizes this as a democratic tenet. However, any attempt to build an Armoury coupled with plans either subtle or expressed to undermine our unity as a nation will not be condoned.

“Mr. President’s directives to Security Services regarding anyone seen to be carrying arms, particularly AK-47 are clear and require no further illumination. Assault weapons are not tools of peace-loving people and as such, regardless of who they are and where they are from, the Security Agencies should treat them all the same.

“The successes of our Security Agencies must be commended as they have demonstrated significant deftness, guile and secrecy in carrying out these missions. This level of professionalism must be sustained and brought to bear as we focus on extracting from our society those who have found a new trade in targeting students, rural dwellers and our citizens in the North-West. The nation recognizes their efforts and sacrifice,” the statement read.

However, some Nigerians took to social media to take on the presidency over its stance on Igboho.

According to them, Igboho arose as a result of the failure of the Buhari administration to tackle insecurity in the country, including the South-West zone. 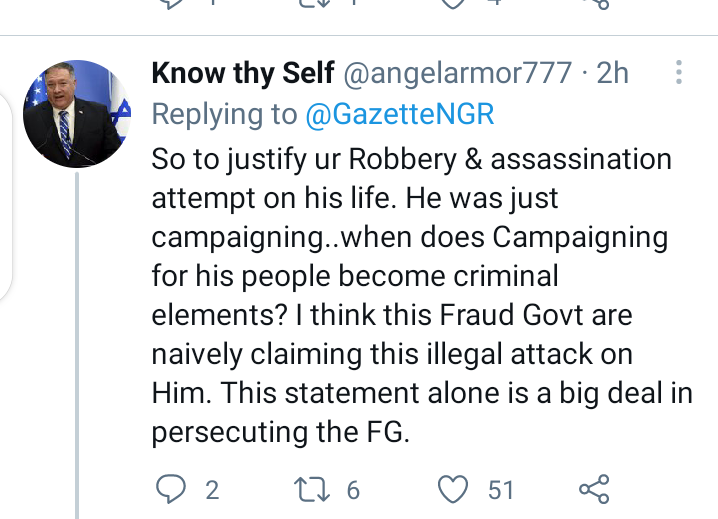 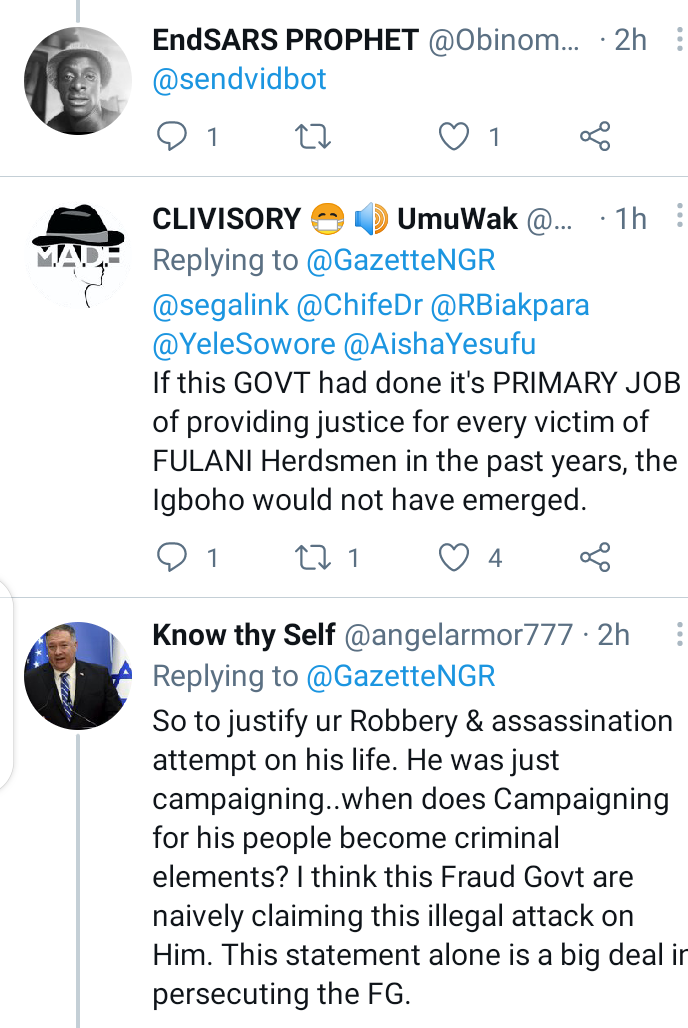 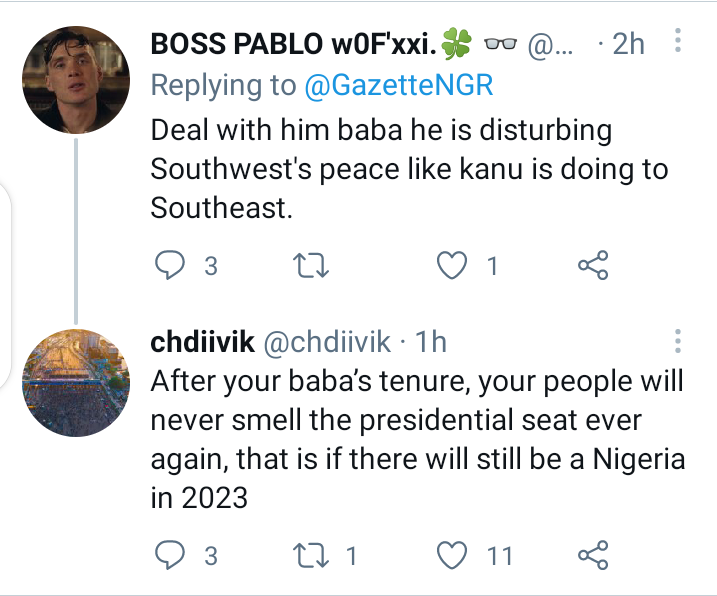 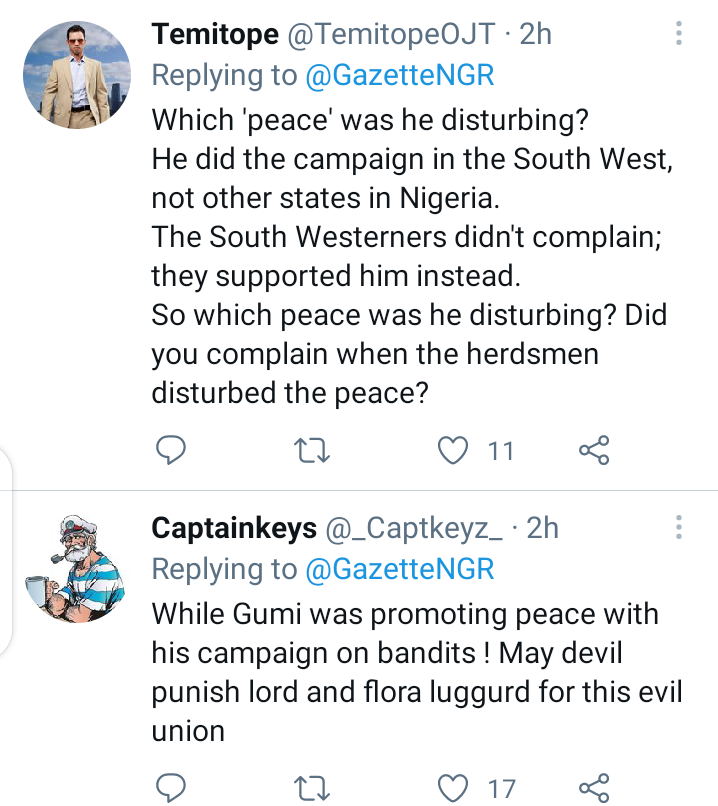 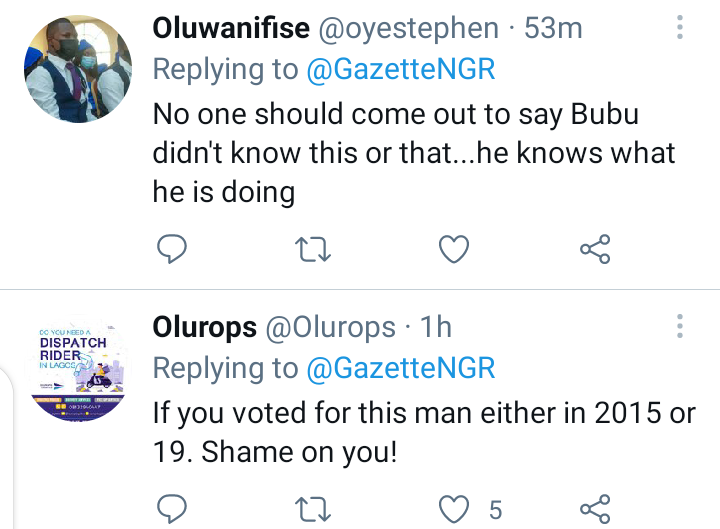 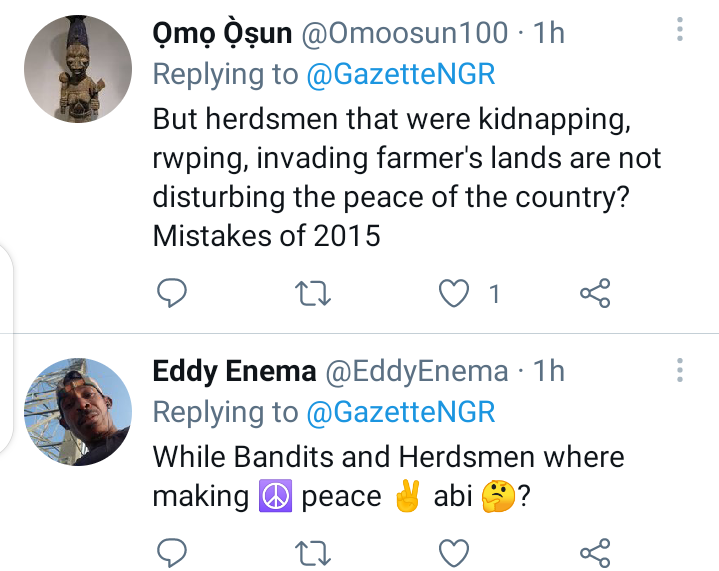 “Do not give refuge to any fleeing criminal” – Taraba gov warns…