Nigeria’s ranking as the third most terrorised nation in the world has continued to give Nigerians sleepless nights.

In a report released earlier in the year by the Geneva Centre for Security Policy (GCSP), Africa’s most populous nation was ranked third on the Global Terrorism Index (GTI), behind second-placed Iraq and leader, Afghanistan.

Nigeria ranked higher than war-torn Syria, and led the African continent as the most terrorised nation. 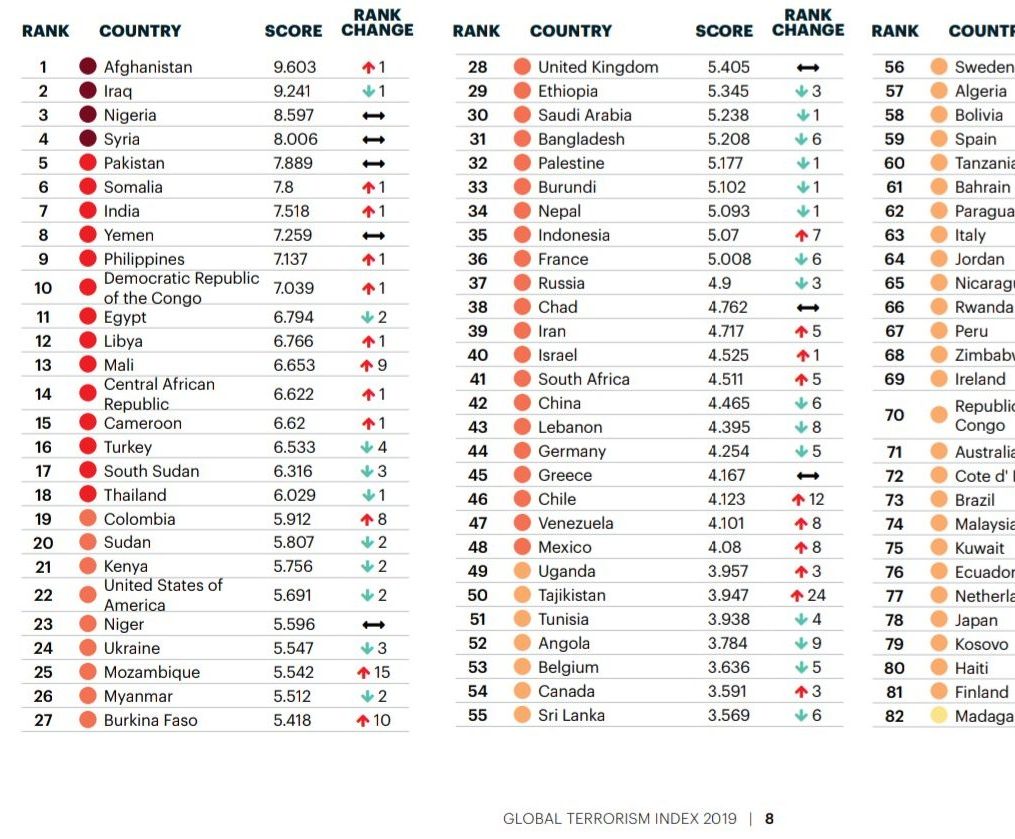 According to the producers of the report, “the predominant threat to multiple states is transnational militant Salafi-jihadists who are calling for offensive jihad (holy war) in the hopes of overthrowing apostate states in order to create caliphates and practice sharia law.

“The Jihadist movement has proven resilient in the Middle East, parts of the Sahel, North Africa and the Horn of Africa, as well as South Asia.”

The report identified Salafis as seeking “to purify their faith and bring back their idea of a true version of Islam which is both literal and strict.

“Salafi-jihadism is a movement committed to imposing the rule of Islam through violence, but with a specifically Salafi emphasis on monotheism. They violently contest globalisation and the international system.”

This description fits those of Boko Haram and ISIL-affiliated Islamic State West Africa Province (ISWAP) terror groups that have held the North-East hostage since 2009, with ripple effect across the nation.

The Herald deduced that Nigeria was particularly affected by some of these trends which include:

Since the ranking, many Nigerians have continued to express worry.

“We reiterate once again, the solution to Nigeria’s problems does not lie in 2023 elections, neither does it lie in the charade embarked upon by the NASS under the guise of a Constitutional Review.”

The group called for the restructuring of the Nigerian federation to empower local authorities to deploy local solutions to local problems.

Some social media users, who decried the ranking, faulted the Muhammadu Buhari administration for deteriorating security situation across the nation.

They also called for concerted efforts to end the menace of terrorism, kidnapping, banditry and others bedevilling nation.

Read comments monitored on Nairaland below: