Nina Ivy Confirms She Is Getting Married Soon

According to SDK Blog, the couple met in February 2019 and their wedding introduction was conducted in the reality star’s family house in Owerri earlier this month.

SDK had earlier said: “Nina is marrying someone she met in 2019 and she already confirmed in a post before January that she found love in 2019.he is stuck on Nina and has been very supportive and decided to Marry her after something groundbreaking happened between them.

”Both families have met and concluded and his family loves Nina and cannot wait to take her home. The Aso-ebi colour has been picked but Nina is still coding things and will only let her close friends know soon.

The identity of the man will be unveiled at their traditional wedding next month. We, her close friends are shielding him for her before someone will come and claim him with receipts the way they did that her bobo that she exposed”.

The wedding is believed to take place next month, February 2020.

A fan had taken to twitter to praise her for her tremendous growth ever since she participated in the the Big Brother Naija show. 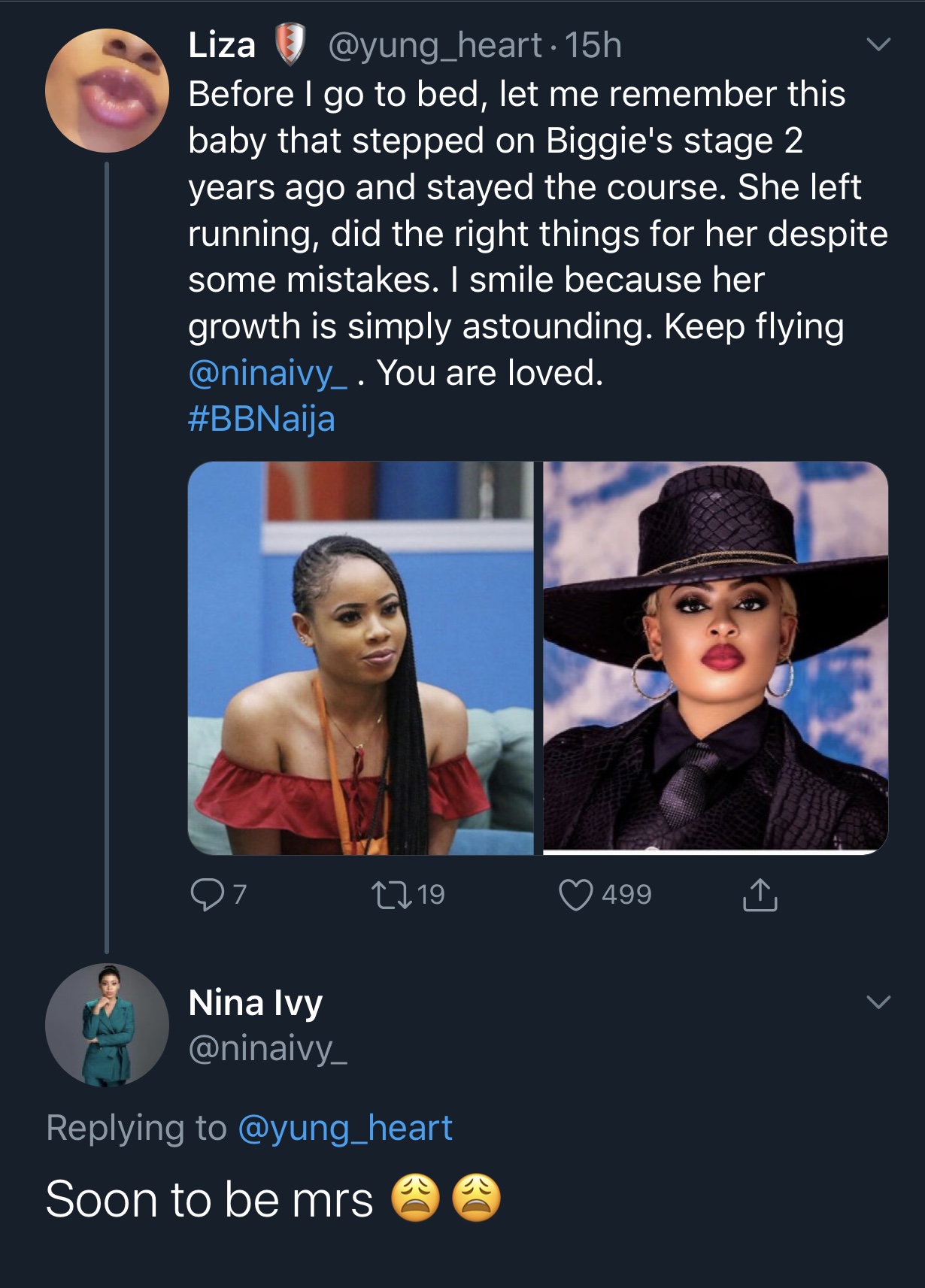 Immigration Saves Three Women From Being Trafficked For Prostitution